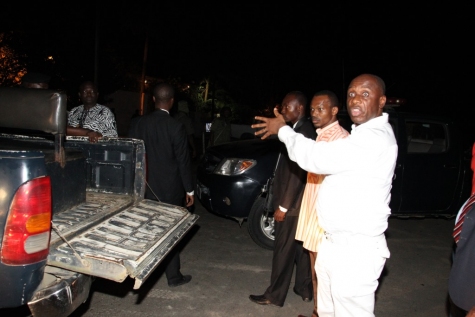 Rivers state police officials this evening disgraced Governor Rotimi Amaechi after he was stopped from passing through the front entrance of the Government house in the capital city of Rivers State.

The police officers who claim they were acting on orders from Abuja were spotted having an hot argument with Governor Amaechi’s aides for up to 45 minutes.

Minutes later after Amaechi dialogued with them, his convoy had to make a U-turn to use the alternate entrance to the Governor’s lodge.

Check out some photos from the scene below; 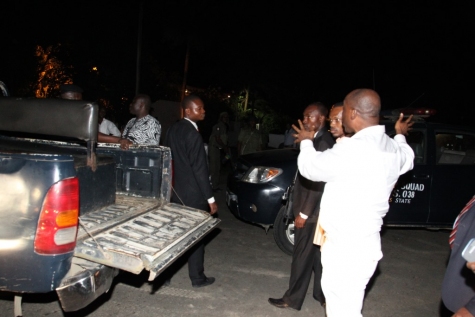 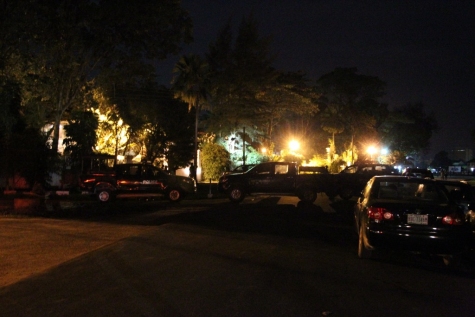 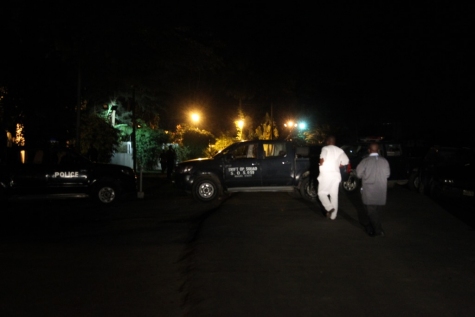 Who are the superiors ordering police to block Rivers’ state Governor’s lodge from Abuja? Another dirty political game.