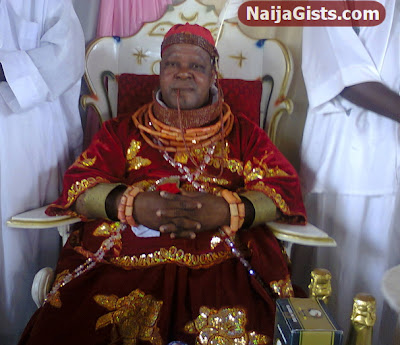 Few hours after the release of a popular lawyer, Mike Ozekhome, a prominent traditional ruler has been kidnapped in Udo Kingdom, very close to Benin City in Edo state.

Patrick Ekhorutomwen Igbinidu, the Iyase of Udo was kidnapped on Wednesday by some masked gunmen at his palace.

Sources at the Iyase’s Palace told the News Agency of Nigeria (NAN) on Thursday that the monarch was abducted by some armed fierce looking young men.

They said the Iyase was playing the game of draught in his palace when he was abducted and driven away in an Audi car to an unknown destination at about 6 p.m. on Sept. 11.

The sources said that Igbinedu is the elder brother of one of the wives of the Oba of Benin, Solomon Erediauwa.

Confirming the report, the Chairman of Ovia South-West Local Government Area, Mr Morrison Oggunrobe-Ovia, said the council was working with the police in Iguobazuwa, the administrative headquarters of the council, to secure the release of the traditional ruler.

According to Oggunrobe-Ovia, the abductors have yet to make any ransom demand.

The Public Relations Officer of the Edo Police Command, DSP Moses Eguavvoen, could not be reached, but a competence source who prefer to remain anonymous, confirmed the story.