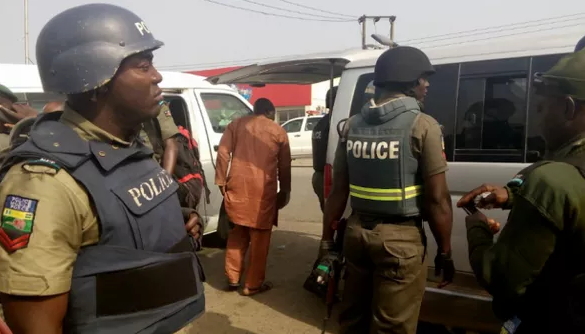 Nasarawa Police Command today said it had arrested a Superintendent of Police (name withheld) and four others over alleged vandalism of electrical installation.

The command’s Public Relations Officer (PPRO), DSP Kennedy Idirisu, told newsmen in Lafia that the suspects were arrested on Nov. 17 by operatives of the Special Anti-Robbery Squad (SARS) based on intelligence information.

Idirisu said that the suspects allegedly vandalised a transformer at Obi junction in Obi Local Government Area of the state.

He said items recovered from them included four rolls of cable and tools used in vandalising the transformer.

The PPRO said that the state Criminal Investigation and Intelligence Department (CIID) had begun investigation into the matter, while disciplinary procedure against the officer had started.

He said the command was determined to purge the force of ‘bad eggs’ in line with the Inspector-General’s Policy of zero tolerance for corruption and unprofessional conduct.

“In view of this, the case will be diligently investigated and all persons found culpable will be prosecuted,” Idirisu said.