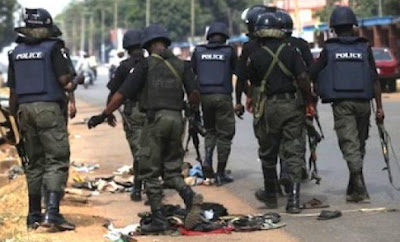 The officer simply identified as Harrison was among those called to the scene of a robbery along Gunning Road last night but on getting there, one of the robbers engaged one of the officers in a physical battle.

The officer was repeatedly stabbed in various parts of his body.

The robber was gunned down while attempting to take the riffle of the slain officer.

Another robber was shot while trying to escape from C-Net Communications Link Ltd, the phone shop where the robbery took place.

The officer and one of the robbers died on the way to the hospital.