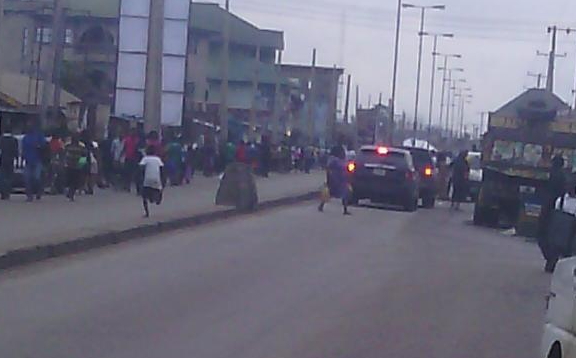 Also, the Divisional Crime Officer (DCO) at the Igwuruta Police Division (DCO), whose name could not be con­firmed as at the time of filing this report, was yesterday, killed by armed men in Elele, Ikwerre Local Government Area of the state.

Another police officer, whose name could also not be ascertained, was alleg­edly stabbed to death by a suspected cult­ist in Abuja Estate waterfront, in the state capital.

Igwegbe and four of his men were ambushed by armed robbers, around Ru­muigbo, after they (robbers) had snatched a vehicle belonging to a member of the Rivers State House of Assembly and House Committee Chairman on Informa­tion, Sam Oge.

The state Police Command has con­firmed the death of CSP Igwegbe.

Spokesperson of the Command, Ah­mad Muhammad, a Deputy Superinten­dent of Police (DSP), said the DPO paid the supreme price by putting his life on the line for others.

Muhammad said late CSP Igwegbe and the other officers responded to a distress call, but were ambushed by the hoodlums in a gun battle.

A senior police officer, who confirmed the incident to Saturday Sun, said the shootout with the criminals happened around Rumuigbo in Port Harcourt.

Our source said four other policemen were hit by bullets and were recovering at an undisclosed hospital, adding that no ar­rest has been made.

Also, a police officer was killed at the Abuja waterfront in Port Harcourt, by a suspected cultist. It was gathered that the incident occurred when the victim went on a routine visit to the suspect, who is now at large.

It could not be confirmed the cause of the disagreement between the deceased and suspect that led to the death of the former.

A lady, who did not want to be men­tioned stated that “the victim often come to the area every month end to collect money from the boys. But, unfortunately, he met his tragic end this time.

“The victim was immediately rushed to an undisclosed hospital for treatment, but was confirmed dead the following day.

“The suspect, noticing the death of the policeman took to his heels, while the leadership of the cult group had declared his manhunt.”