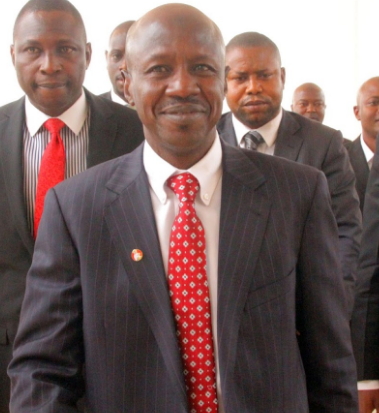 It was learnt that some strangers have been prowling Magu’s residence in Maiduguri. Some policemen have been deployed in Magu’s uncompleted bungalow in Karshi, Abuja.

According to a source who who pleaded not to be named, the last seven months had been tough for Magu because of his refusal to bow to pressure from some high-profile suspects and Politically-Exposed Persons.

The source said the pressure had grave implications on Magu’s and his relations’ safety.

The development has led to the review of Magu’s and most of the key investigators’ security.

“In the past few weeks, security had been beefed up for Magu and his immediate family because of threats from some forces.

“His office was also recently reorganized in line with the new security model. It is so bad that Magu now keeps his itinerary to himself until the last minute.

“Hitherto, there was no protection for Magu’s aged mother in Maiduguri. But of recent, some suspected elements have been prowling the family house in the Borno State capital and issuing threats to the woman.

“Due to old age, the mother of the Acting chairman could not recognise these elements. To avoid any harm, security has now been provided in and around the house.

“And following the recent raid of Magu’s uncompleted building in Karshi, Abuja by some suspected agents, the police have deployed in more men for sentry duties.”

“It has really been tough because the pressure is too much on Magu, EFCC investigators and their families.

“With the invasion of the strategic office of the EFCC in Zone 7, it is evident that we need to strengthen security for all our operatives.”