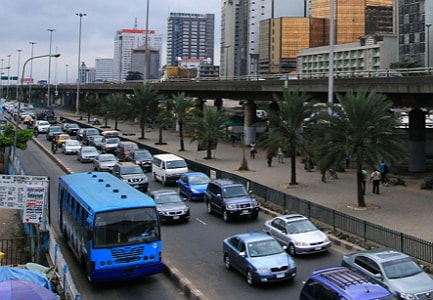 The suspects were apprehended during an operation codenamed, Jedi-Jedi, which was initiated to rid the axis of miscreants, who waylay motorists at night.

According to the agency’s Chairman, Israel Ajao, a retired Deputy Inspector-General of Police (DIG), LNSC had received complaints that motorists were usually robbed at that axis at night, especially by the State House on the Marina.

He said LNSC officials went undercover and pretended as motorists, whose vehicles broke down.

“Over 100 officers were deployed in decoy raid. Some were inside vehicles, which seemed to have broken down. As soon as the urchins saw the broken down vehicles, they went after them in a bid to rob the occupants.

“Fourteen of them were pursued and arrested. Some weapons recovered. They have been handed over to the task force for further action. Some of our officers sustained minor injuries. This operation was successful because of the quality of intelligence received from the public.

“People should have confidence in giving us information and we would rout out all criminals from all the nooks and crannies of Lagos State.”