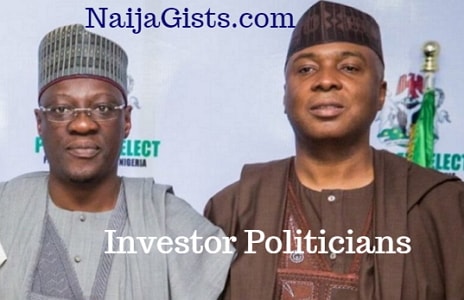 A bubbling trade of political jumpology has engulfed the Nigerian political market in the past three weeks. This has laid to rest the thought of whether there is any difference between Nigerian politicians of all shades irrespective of whatever ideological or religious clothing they are dressed in. The market is liberalised, and the investor-politicians are looking to pitch tents where the highest possible dividends can come from.

In this shameless activity of mindless political alignment and re-alignment of forces, the masses do not come into the picture. Although they dress themselves in the ‘populist’ apparel, the deaths in Benue, Zamfara and Maiduguri is less important; what is important is how to fraudulently reach another alliance where Nigeria and Nigeria’s home-grown colonisers will continue to exploit the political entity, its resources while the docile and gullible inhabitants who would rather ask the supreme being to fight their battle rather than take up the battle and fight for intra-country decolonisation.

Our system is what Femi Falana (SAN) has aptly described as a predatory neo-colonial entity where the ruling class few are united in their goals: they use the people to gain ascendancy to power through flowery promises, keep them in perpetual beggarly circumstances, fail to fulfil any promises or feign ignorance they made promises, they blame their governance failures on fellow home-grown colonisers, and seek to lift them out of their precarious circumstances when given another chance to enrich their primordial groups.

They are nationalist during electioneering season. They position themselves as pro-people even though they have used the system to fester their family and political interests. Their party logos are symbolic of what they can offer. While the broom favours only the holder as it cleans only its part and pushes dirt into the spaces of others; the umbrella first provides comfort for the holder. While it covers three-quarter of the holder, every other person who joins only have their heads covered with three-quarters of their body parts exposed to rain or sun. Either way, the parasitic holders of these symbolic objects are united against those they purport to help.

For majority of Nigerians, neither the broom nor the umbrella, irrespective of differential season of usefulness has allowed Nigerians to hold its base. In other words, peoples’ interests hardly ever inform the policy focus of these parasitic political actors. They publicise building ultra-modern schools yet their wards are better attending UK and American universities. They flaunt building modern health care facilities, yet they hurriedly jet out to the UK to attend to even non-threatening cough. They claim to build modern roads but use air-space as navigator. They claim they have fixed insecurity yet fear to travel by road. They tell people not to pay ransom when kidnapped but hurriedly dole out millions when their political allies fall into the hands of abandoned, uncared for Nigerian youths who have decided to fight back on a system that has been predatory to their lives. 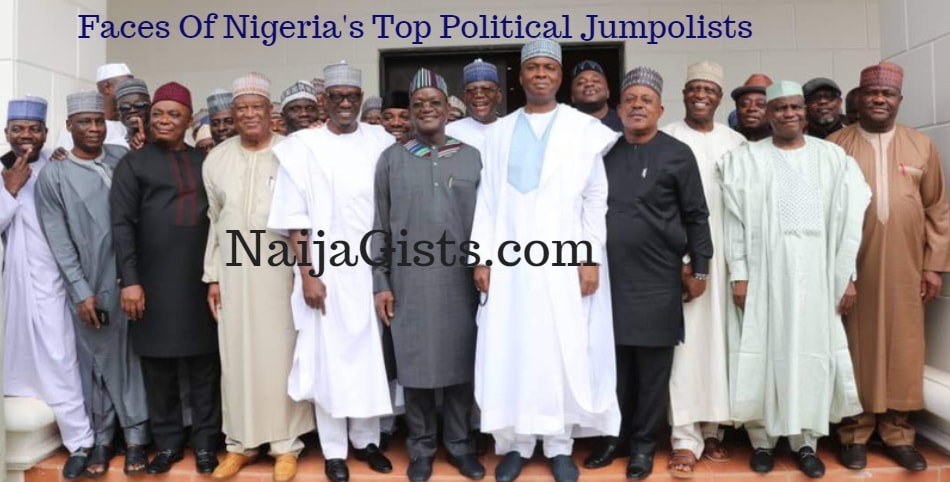 Despite these economic higgledy-piggledy, political chaos, and governance loopholes, these political masquerades in their seasonal festival are out again with their lies. Methinks only those not tired on suffering will be fighting to re-elect band of fortune hijackers. Inspired by these chaotic circumstances, Ogbomoso born hip-hop musician, Abolore Adigun (9ce) unburdened his heart in the album Economy. According to 9ce, the uninspired state of things in Nigeria occasioned by battered economy, insecurity, loss of jobs and comatose electricity has created insurgent citizenships. Saying “you dey promise and fail, so so charade”, 9ce characterises Nigeria’s political space as populated by liars who are (more likely) not going to fulfil what they brandish as electoral promises and manifestoes. Consequently, granting them the favour of one’s vote is to invest in ‘lootocracy’. He detests political masquerades and their lies which have made life difficult for Nigerians when he submits that “If I see your lies political masquerades”. Abolore Adigun would have thought that after three years of ‘asking where is the power’, our political masquerades would not return with the same lies but he must have underrated the copy and paste tendency of Nigerian politicians.

What more than a liar is he who stated that his reason for jumping ship is to take his people out of darkness into light. Is it not bizarre that this only occurred to him after milking his people’s collective patrimony for 19 years! He must have deliberately kept them in darkness by only enjoying the political allowances from being state legislator, governor and now as senator with humongous salaries and allowances. It is due to this chameleonic character that 9ce warns against ever trusting in the ‘lies of political masquerades’. Political masquerades are deceitful and wicked. They are autocratic but present themselves as democrats. They are selfish but present to the people altruism. They are frogs who only seek a moist environment to hibernate. They spice up their livelihoods with humongous wealth of the nation yet allow their people to work with poverty-assuring wages. Can Nigerians spot the difference between those who claim they are fighting against the return of corrupt people but organise grand receptions for people “migrating” from the other party of the so-called thieves?

Nigerians, to 9ce, should by now become bored by the scratching CD of lies of these cohorts of politicians and decide to elect performers. The consequences of being fooled by masquerade politicians rings loud in the almost comatose state of our education, health and infrastructures. Those who suddenly become welfarist towards electioneering are political masquerades.

Those who begin their intervention in your neighbourhood to fix road and help the needy when they expect the favour of votes are never to be trusted. If those you voted into office over three years ago are not answerable to you now when they need your votes for a second term, they will not when they do not need you again as exemplified in governors performance scorecard on their second term of office. As 2019 draws nearer therefore, those armed with PVC need to unmask the masquerades that present themselves as messiah.

Just like our traditional masquerades, demystifying the good-for-nothing ‘big masquerades’ should be the focus for voters. Underdogs have so much to prove and deliver. Big masquerades take people for granted after riding on them to power. Nigerians need to alter this political arrangement in 2019 by going for those who have something to offer.

Returning parasitic masquerades and their cronies will put Nigeria and Nigerians in another four years of boredom.

[About the author: Dr Tade, a sociologist writes from dotad2003@yahoo.com]

Tramadol Overdose Kills Kidnapper In Owo Ondo State: Kidnap Suspect Who Slipped Into Coma After Arrest Dies In Hospital
There Is More Hope For An Ignorant Person Than There Is For An Overconfident Person