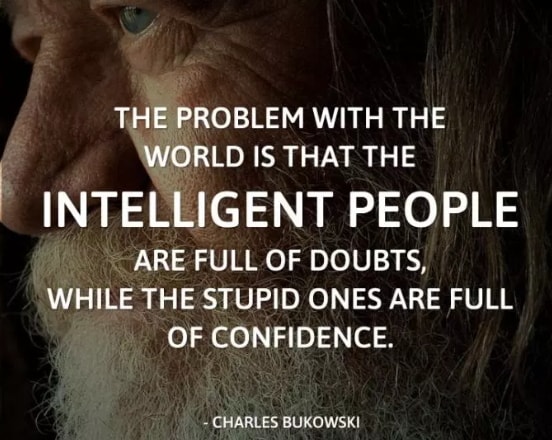 Ralph sat before Mr. Thompson feeling upset. He was the new Director of Marketing at Linus Communications Company. Before his appointment, he felt his superior, Mr. Thompson, was a little too rusty for modern marketing. He had several “winning” ideas he wanted to pitch to the CEO. He was so convinced that Mr. Thompson’s ideas were too uninspiring that he didn’t even bother to read the handover report he was given when Thompson retired from the company.

Ralph also hated Thompson’s manner of interaction with junior staff of the organisation. He believed it was necessary to maintain the dignity of his office by keeping a sensible distance from them. “I don’t owe any subordinate cordiality” he thought. “If they do their job well, we’ll be just fine”. When he became the Director of Marketing, he made it clear to everyone he was in charge and did not appreciate any unsolicited information; after all, firmness and decisiveness were virtues of a good leader.

After about six months, however, he started to have serious trouble with the CEO. First, he was shocked to discover that most of his “winning” ideas were outrightly rejected and he was asked if he wanted to take the company back to the “dark ages”. How could his progressive and highly innovative ideas be compared to the “dark ages”? Then, he was reprimanded by the CEO for disagreeing with a client on a proposed communication project.

There were several other problems too. For instance, why didn’t that silly PA to the CEO tell him that the CEO preferred prompt response to issues instead of formal and bureaucratic approach? How come the cleaner didn’t tell him that the boss didn’t like a disorganized desk and he had to find out the hard way? And that security man! It would have cost him nothing to mention that car park B7 was always reserved on Fridays for the company’s biggest client?

Mr. Thompson asked Ralph, “Did you read the handover report I left you?” Ralph’s facial expression was answer enough. Thompson continued, “If you did, you would have known that some of your ideas were tried out earlier and cost the company dearly because of the peculiarity of our business. You would also know the ethics of dealing with clients. As for the PA, cleaner and security man, they simply operated by your own principle of ‘Don’t ask, don’t tell’”. Thompson told him more, “Your experience notwithstanding, every single person within your work environment has information that can help you achieve your goals effectively. All you have to do is respect them enough to ask”.

Overconfidence is very dangerous. There is more hope for an ignorant person than there is for an overconfident person. While the ignorant may learn and improve, the overconfident “already knows” all things and can’t learn more. According to Charles Bukowski, “The problem with the world is that the intelligent people are full of doubts, while the stupid ones are full of confidence.”

Don Miguel Ruiz also offers very valuable counsel, “Don’t Make Assumptions. Find the courage to ask questions and to express what you really want. Communicate with others as clearly as you can to avoid misunderstandings, sadness and drama. With just this one agreement, you can completely transform your life.” Don’t put on yourself the unnecessary pressure of trying to be good all by yourself; everyone is a product of others’ valuable inputs.