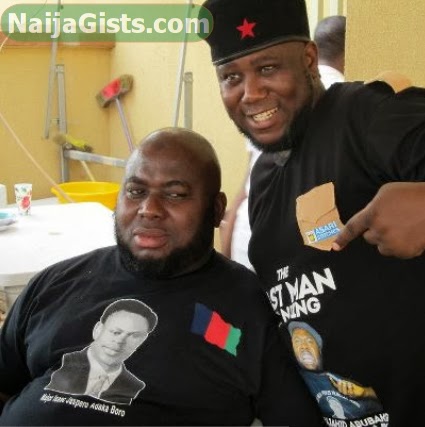 We live in interesting times in Nigeria today. Cowards and Villains nobody knew when it mattered most in Nigeria between 1985 and 1998 are the ones terrorising Nigeria today. Lily-livered men without bones who could not raise a voice in the days of locusts are the ones telling us today that they are courageous and strong. Men who are women who could not stand up the way the late Ken Saro-Wiwa stood up to Abacha regime are now the common fools abusing our nationhood.

Now enter Asari Dokubo, the emergency activist, the only bold one in Nigeria, the man stronger than all the armies of Nigeria. Nigeria can never change. Some of the things we accused Northern Military leaders of doing from 1985 to 1998 are repeating themselves today in Nigeria. Sectional Politics, Ethnic preoccupation, Mediocrity, Favouritism and impunity are driving leadership in Nigeria today. 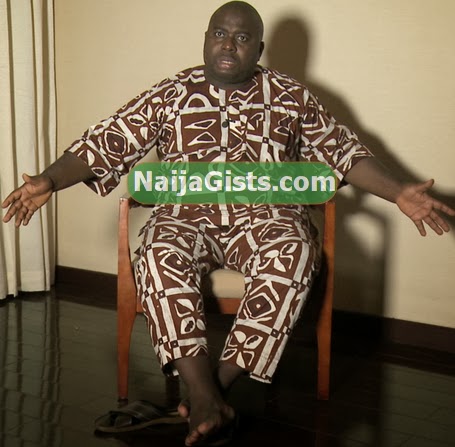 When the good man, the late President Umaru Yar’Adua was hospitalised and could not continue in office in his capacity as the president many raised their voices to call for President Jonathan to be sworn in but the coward and opportunist Asari Dokubo did not threaten fire and brimstone. Today Asari Dokubo, the school dropout has become the defender and strong pillar of the President. Asari Dokubo has been making provocative and irresponsible statements abusing everybody who does not share his ideas and sentiments. He has threatened bloodshed and war times without number and yet he continues to walk the street as a free man. Others from other sections of the country have been picked up and detained for doing the same thing Asari Dokubo is doing today. Mallam el-Rufai was detained in Awka for going to witness Anambra Guber elections. Mallam el-Rufai was also questioned recently by SSS for saying that there may be bloodshed if we mess up with 2015 elections.

Asari Dokubo and Chief Edwin Clark may think they are helping President Goodluck Jonathan but in actions and deeds they are creating big problems for the President. Nigerians know that President Goodluck Jonathan has empowered Asari Dokubo, Chief Edwin Clark and others in such a way that they are now multi-billionaires. The world knows that Asari Dokubo and Clark have never had it so good. No wonder both of them are now planning to set up a university each. But success is supposed to be managed. Asari Dokubo and his co-traveller Chief Edwin Clark lack the capacity and the common sense that this is the time for consultations with other Nigerians and not confrontation. Both lack the discipline to consider the feelings of other Nigerians at a time like this. One understands the politics of tribes in Nigeria very well and both have the right to support one of their own but thinking in terms of other people is the way to go for the sake of unity, peace and harmony.

I blame the past presidents of Nigeria for depending so much on crude oil instead of developing other sectors of the economy. Japan has no oil and yet is a world power today. Singapore has no oil and yet it is one of the best countries in the world today. Nigeria can do without oil if and only if we can have a thinking and creative leader. The world today is thinking of what is in our heads and not what is underground. Microsoft, Facebook, Apple, Ford Motors, Toyota, Mercedes, Intel, Twitter, Panasonic, KIA, Hyundai etc. are not oil companies. Asari please take notice that the world is moving away from crude oil.

Asari Dokubo in his stupidity thinks that President Jonathan will be installed into office in 2015 by executive fiat. No sir! It is going to be decided through the ballot box and I know that politics is a game of numbers. We may have been writing Presidential election results in the past but Asari Dokubo must put it in his head that votes will count in 2015. Everybody’s eyes are wide open now and woe betide any crook that will want to do something funny in 2015.

Again we must register into the consciousness of every Nigerian that it is not a must that every President in Nigeria must get eight years in office. The reason why elections are conducted every four years is for the electorate to have the liberty to change a bad leader or to re-elect a good leader. A leader that lacks the capacity to perform should not be re-elected.

All things considered, there are many compelling reasons why President Jonathan may not be re-elected in 2015. One is that we have to worry about the feelings of other ethnic groups in a democracy. The unity of this country is very important. If the President is re-elected in 2015 he would have ruled for 10 years in 2019. I do not think it is fair judging from the circumstances that led to President Umaru Yar’Adua’s death in May 2010. Secondly, corruption at the federal level under President Jonathan is alarming and unacceptable. Thirdly, impunity has assumed a frightening dimension under the leadership of President Jonathan. Fourthly, the inability of President Goodluck Jonathan to tackle the problem of insecurity is threatening also. In the midst of plenty our institutions are collapsing with no end in sight. The power sector is still down.

Asari Dokubo must shut up now and hold his peace. The best he can do now is to start moving round the country with the billions President Jonathan has provided for him to canvass for votes for Jonathan. Asari Dokubo cannot continue to preach hate to the Northerners and yet still think they will vote for President Jonathan. I plead that the loquacious Chief Edwin Clark should do the same. This is the only way to help President Jonathan to win in 2015.

[Article by Joe Igbokwe From Lagos]

Hijab Banned In Lagos Nigeria’s Public Schools; Muslim Students Protest
How Foreign Investors Are Treating Nigerians Like Slaves In Their Own Country