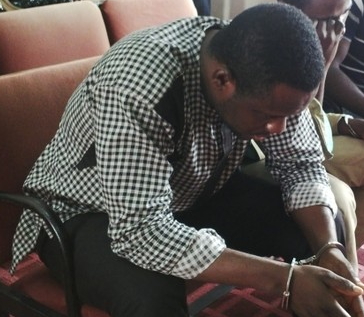 38-year-old Umenne, who resides at No. 6, Ajose Court, Lagos-Island, Lagos, is facing a charge of fraud.

He told the court that the accused committed the offence on Nov. 15, 2015 in Lagos-Island.

“The complainant gave the accused the said amount to help him import foil plates from China, but till date, he has been evading him.

“Whenever the complainant demanded for the refund of his money or the goods, the accused threatened to deal with him,” the prosecutor stated.

Perezi said that all efforts by the complainant to get the accused refund the money was unsuccessful as he kept threatening his life, hence he reported the matter to the police.

The prosecutor said that the offence contravened Section 314 of the Criminal Law of Lagos State, 2015 (Revised).

The Chief Magistrate, O.A. Layinka, granted the accused bail in the sum of N1 million with two sureties in like sum.

Layinka ordered that the sureties must be gainfully employed and must show evidence of three years’ tax payment to the Lagos State Government.

The case was adjourned until Oct. 2 for mention.