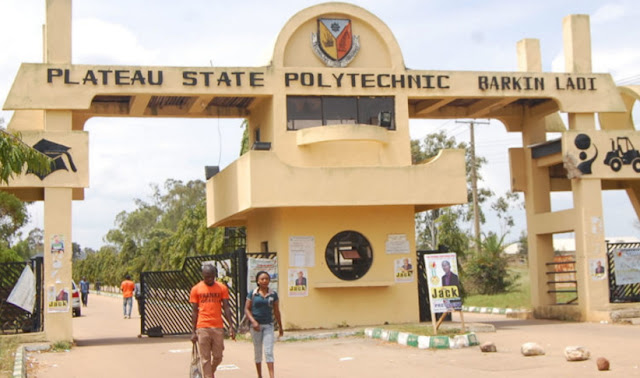 Female hostel of Jos Campus of Plateau State Polytechnic was today completely burnt down by fire.

The fire, which started around 8.30 a.m., raged on till 11.44, throwing the entire school into confusion as students and staffers scurried to safety with some bold students making frantic but fruitless efforts to quench the inferno.

NAN however, reports that no life was lost in the fire that gutted everything in the hostel.

“Many students had left for lectures when the fire started; no one was around to remove anything from the burning hostel,” Yusuf Ade, a security man, told NAN.

NAN also reports that the fire service personnel arrived the scene around 11.20 when the hostel had been brought down.

Mr Dauda Gyemang, the Rector of the institution, who described the incident as “shocking”, attributed it to a gas explosion which occurred “at about 8.30 a.m.”

“We thank God that no life was lost in the inferno, but nothing was rescued,” he said.

Gyemang said that the incident was “a great loss” to the institution.

“We shall move the students to another place because the building is completely burnt down. It is very devastating,” he said.

The Rector wondered why the students were keeping cooking gas in the hostel, saying that it was against the school’s regulations.

“The problem here is that students do not adhere to the institution’s regulations; they are not supposed to be cooking in the hostels,” he fumed.

Gyemang said that the burnt building would be rehabilitated “in no distant time”, and urged the students to remain calm.

The hostel’s Representative, Miss Christiana Azi, told NAN that students lost everything “including original copies of their credentials, clothes, food stuffs and other valuables”.

“The incident is shocking and devastating. It will be very difficult to recover from it,” she said.