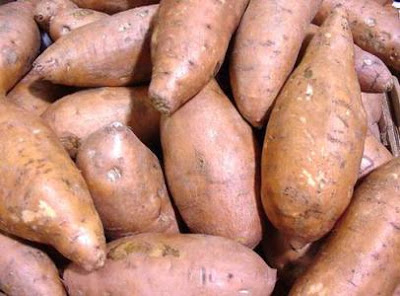 A new study yesterday said eating potatoes for up to four times a week can increase the risk of high blood pressure. The findings are published in the ‘British Medical Journal.’ According to the study, eating mashed, boiled or baked potatoes is linked to an increased danger because they are likely to raise blood pressure.

The researchers from Harvard Medical School, Boston in the United States think eating any form of potato, whether mashed, boiled or baked too often, can cause blood pressure problems. They suspect the starch in potatoes as the cause of a high glycaemic index.

The report said the starch in potatoes rapidly transforms into sugar in the body, triggering a rise in blood sugar levels. Over time, this may cause blood sugar problems, the researchers said. Hence, they advised replacing potatoes as often as possible with a non-starchy vegetable as a way of eating healthily.

The authors said: “These findings have potentially important public health ramifications, as they do not support a potential benefit from the inclusion of potatoes as vegetables in government food programmes, but instead support a harmful effect that is consistent with adverse effects of high carbohydrate intakes seen in controlled feeding studies.

The experts analysed data from 187,000 men and women tracked in three large US projects for 20 years. The results suggest women who eat potatoes regularly may be at slightly higher risk of suffering high blood pressure than men.

Replacing a day of serving potatoes with a non-starchy vegetable led to a seven per cent drop in the risk of high blood pressure, but eating crisps had no effect, the experts found. The team also included experts at Brigham and Women’s Hospital in Boston, Massachusetts.

However, potatoes, especially chips, are often consumed with added salt, which may be part of the explanation for this association with raised blood pressure. The vitamin C and potassium content in potatoes is best retained when the potatoes are baked or boiled with skins on.