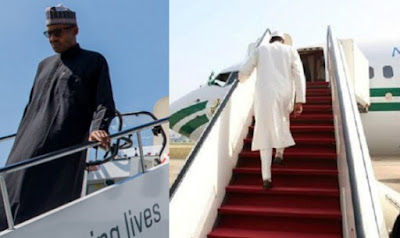 An article by Emmanuel Precious

The ****** president of the *** Nigeria, in the person of Muhammadu Buhari, has been busy traveling from one country to the other while the citizens of Nigeria are soaked in abject poverty.

The president has shown his impotence to deliver the change as he promised, but people seems to be blind. Without being told, one must say that the state at which Nigeria is now, is difficult as never imagined. The economic is getting worse daily, the boko haram terrorists are on the other hand, manipulating their deadly agenda on innocent citizens, while the incumbent president is wasting his time outside the country.

A place he thinks is conducive for him, a place where electricity is steady, a place where good roads are built. A place he believed is a paradise to him while the people that voted him into power are languishing in pains and poverty.

The rate of unemployed youths are numerous and uncountable, but this illiterate has the mind to import ordinary grass worth 13 billion naira all the way from Brazil. This president released 600 million naira for procurement of police dog.

Is grass meant for humans? Or dog for consumption? This d**** of daura really needs screening to know if he’s okay in the **** He has forgotten that unemployment is dangerous in the society because no one will watch himself/herself die of hunger.

Electricity is not even in the agenda, because right from time, electricity has not been improved. Petroleum has become scarce and can not be affordable by poor masses leaving 50% of the citizens beggars.

Foodstuffs is not affordable in the market, hunger has become the talk of the day, and the question is, is the government giving a damn?

What have they done to stop the hardship? This is a big lesson to those that pushed him into power.
The president, don’t even know about all the hardship because he is not around to address the issue facing them.

This is the reason we want to take care of ourselves because Buhari prefer his cattle more than humans.

BIAFRA IS THE SOLUTION. FREE BIAFRANS TO SAVE YOUR COUNTRY.