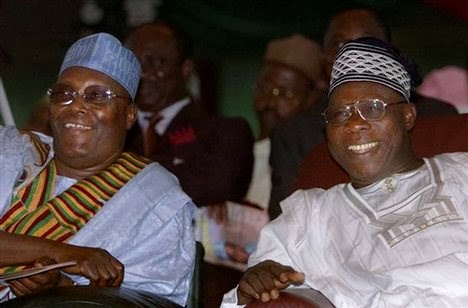 The All Progressives Congress (APC) says the presidency has been greatly diminished by its decision to throw decorum to the wind and engage former President Olusegun Obasanjo in a hot exchange of words in what may now be described as ‘lettergate’, the latest in a series of scandals to hit the Jonathan presidency.

In a statement issued in Lagos on Thursday by its National Publicity Secretary, Alhaji Lai Mohammed, the party said while it is not interested in joining the fray over the issues contained in the letters written by both men, the decision by the President to go personal in his reaction crossed the threshold of decency and brought the presidency – and indeed the country – into disrepute.

It said in other climes, the President would have simply issued a terse response to such a letter denying the allegations that border on national security, if any; as well as saying the former President’s observations have been noted, and that the government would study them and then engage with the former President in private, while assuring that the ship of state is on course.

”Instead, the President’s response read like the stuff of gossip magazines, and the exchange of words felt like what one would have expected in a beer parlour. At the end of the day, the Presidency allowed Obasanjo to take the higher moral ground by simply insisting on the allegations he made in his letter and saying he would not respond to the presidency’s reply

”The President, who accused Obasanjo of doing him a great injustice, has himself done a great injustice to the Presidency, which is an institution in which he is only a tenant. In the end, the President of Africa’s most populous nation, the leader of the foremost black nation on earth and the Commander-in-Chief of the Armed Forces of the Federal Republic of Nigeria simply desecrated his own presidency and allowed those who can only be likened to gravy train passengers, rascals and knaves to seize the initiative from him.

”This is what happens when a President is surrounded by self-serving, boot-licking and dishonest people, at the expense of seasoned technocrats and veteran policymakers, who would have reminded the President that while critics can afford to fire all sorts of darts at him, as the custodian of the presidency at this point in time, he cannot afford to respond in kind because, in doing so, he would be debasing the presidency as an institution,” APC said.