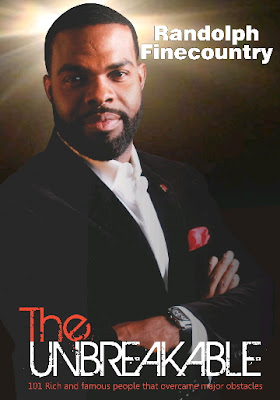 Nov 25, 2012 – Sunday Digest: Practical Ways To Create And Turn An Idea Into Reality By Randolph Finecountry

“If at first, the idea is not absurd, then there is no hope for it.” – Albert Einstein

Ideas change the world. The power of a new idea is the engine that transforms the way we live and think. If you do not express your own original ideas, if you do not listen to your own being, you will have betrayed yourself.

However, when creating ideas, there are so many different ways to get distracted, whether you have ADD, ADHD, or just a regular brain in the 21st century, we are easily distracted by many things on a daily basis. Especially people that are creative or in the entrepreneurial sector, these types tend to become very overwhelmed by the many ideas that they have inside of them, and it becomes hard to focus on one thing–which seems to be the key of success.

Just this past Tuesday, She celebrated her 15th year anniversary on Broadway grossing over 5billion United State dollars. In fact, “The Lion King” has been more profitable than all six “Star Wars” films combined. But at first, almost no one thought the idea would work.
Even the producer Thomas Schumacher taught it was a bad idea. In his own words, he said “The movie is fundamentally cinematic, and there’s nothing theatrical about it.” When he was asked to come up with an idea, he quickly passed the baton by hiring an amateur director named Julie Taymor.

At the time, Taymor was a little-known theater savant. She had directed edgy, pioneering productions and operas, but never mainstream Broadway. She became the show’s director.
“Everyone told her she was crazy to work with Disney,” Schumacher said. “Everyone told us we were crazy to work with someone like Julie. The Broadway community just assumed this was going to be a massive disaster.”

But Julie had one idea in mind that was risky but doable- always remember, good ideas are created between the border lines of insanity and genius. She used every trick in the book, from 17th century stagecraft to African costume design and Asian puppetry. The result was a groundbreaking fusion of high art and lowbrow good fun.

As we all know today, Lion King became a major hit on Broadway; all because of a GREAT IDEA. In 1998, Julie Taymore became the first woman to ever win a Tony award for Best Director. “Lion King” took home five more awards that night.

Hollywood director and Actor: Tyler Perry once said that all it takes is one great idea, and that idea will give birth to the rest. Click on link to watch full video https://www.youtube.com/watch?v=l9qDtq0BFNg

You are an agent of original genius coaxing atoms into form, following an intelligence that exceeds the limits of your mind, training, and evolutionary perspective. Yet wild success is about discovering your own footprints in an emerging world. It’s about writing your own ticket. The answer you may be seeking to the questions which have caused you to ponder over the strangeness of life may be found in your own mind, through some idea which may spring into your mind.

How To Create & Turn An Idea Into Reality

That said, let’s look at practical ways to create and turn an idea into reality:

1. Create a burning desire: Ideas come from within. Call it a hunch, inspiration, prayer, or intuition. The driving force is desire. Knowing what one wants. Start by following your gut passion.
Our brains become magnetized with the dominating thoughts which we hold in our minds, and, by means with which no man is familiar, these magnets attract to us the forces, the people, and the circumstances of life which harmonize with the nature of our dominating thoughts.

2. Write it down: learn to commit all your ideas to paper as soon as possible. No matter how insane or wired the idea sounds, it is very important that you write it down. Most great ideas are short spanned. Meaning they flash through your mind like a speed of light. Trust me; you do not want to forget an idea that just flashed your mind. It might just be the jackpot you’ve been waiting for.

3. Focus on just one: if faced with multiple ideas, there is the temptation of wanting to execute all at one time. Wrong move! Since you will be working on the project for the long haul, the natural thing to do through process of elimination is to choose the one you are most passionate about. Stick to only one idea at a time. That way you can focus all your energy in transforming it into reality.

4. Refine your idea: it is often said that there is nothing new under the sun. but creativity is what makes every idea different and unique. Spend time to tweak, twist, and refine your idea as much as possible. Like an artist would work on a sculptor, take time to identify the objective, your target audience and most importantly how to brand you. That way, you stand out from the crowd.

5. Test your madness: I call it “Anderson Cooper’s keeping them honest.” Present your idea to a mentor or close acquaintance. One that is well schooled in your field of choice. Brace yourself mentally to answer tough questions geared towards turning your idea into reality. This is quite a crucial stage that will help to identify loop holes which you may have omitted during conception.

6. Draw up a business plan: Creating a business plan allows you to identify potential problems and opportunities your business might face, avoid penalties, fines or other legal problems, adapt to changes in the marketplace and let you expand or contract from a position of objectivity. You can share a business plan with potential partners, advisers and sources of funding. I strongly suggest that a business plan be a work in progress you should keep current.

When success comes they come so quickly, in such great abundance, that one wonders where they have been hiding during all those lean years. Success begins with a state of mind (desire), with definiteness of purpose, backed by an amazing idea. Knowing that my state of mind is ready for success and welcomes all forms of obstacles including self-doubt; I can boldly gaze back at my friend and say, “yes, it is possible.”

About the author: Randolph Finecountry and I’m a motivational speaker, author and corporate coach based in Atlanta Georgia.

Nigerian Igbo Jews: Meet The Jewish Community In Nigeria
The Visitation Of An Ogbanje Child By Michael Irene