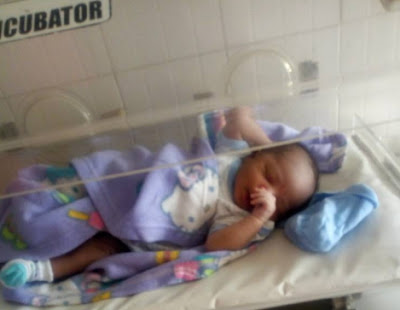 A pregnant woman rescued from kidnappers near AP Gas station in Badagry Lagos today delivered a healthy baby boy the moment she was rushed to the hospital to treat injuries she sustained from her abductors.

According to a statement released by the FRSC officials who rescued the pregnant woman around 7:30am in a vehicle with registration # KTU 356 CE near Aradagun Bus stop in Badagry, two suspected kidnappers who abducted the woman were rescued from jungle justice and handed over to soldiers. 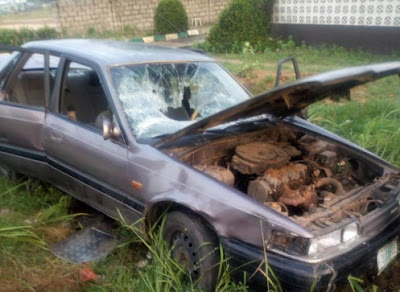 The vehicle destroyed by a mob

The woman whose name is yet to be revealed as at the time of this report delivered a baby boy immediately she was rushed to Ola Oki Hospital in Ibereko area of Badagry.

Though the woman sustained injuries, her baby was delivered without complication.