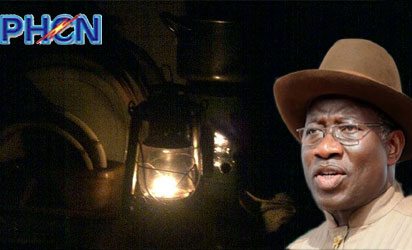 The Presidency is to spend the sum of N654.02 million on generators in 2013. The money covers the cost of maintenance of plants and generators as well as the cost of fuelling them. naijagists.com

The money also covers the amount set aside to replace some generators in the institutions under the Presidency.

In 2012, the Federal Government including the presidency, ministries, departments and agencies proposed to spend more than N1.31bn in fuelling generators.

The budget for fuelling generators for the entire government in 2013 could not be determined as at press time.

Similarly, the presidency will spend N3.78bn on trips overseas in the 2013 financial year.

Budget details reveal that the State House Quarters has a provision of N60,664, 571 and N72,510,832 for ‘maintenance of plants/generators’ and ‘plant and generator fuel cost.’

A budgetary provision is also made for the purchase of a generating set at the sum of N60m and another N60m for what was described as “on-going projects.”

Also, the BPE is to spend N12m and N2, 576,794m on fueling of generators and their maintenance respectively.

Among the organisations under the Presidency, the Economic and Financial Crimes Commission and the National Identity Management Commission have the highest allocation for power provision through generators.

Another agency under the Presidency, the Bureau for Public Procurement has a proposal of N4.2 million for generator maintenance and N1.4 million for fuelling them.

The National Emergency Management Agency will get N11m for power and maintaining generators out of which N7m is pencilled down for maintenance and N4m for fuelling.

Also, N1.1m is proposed for fuelling generators in the office of the Special Adviser to the President on MDG, and N5 million as generator maintenance cost in Nigeria Atomic Energy Commission, which also proposes N2.5m as cost of fuelling.

The estimates reveal that the State House, office of the Vice-President as well as some agencies under the presidency are proposing to spend this amount.

This amount excludes what is being proposed for spending for the same purpose locally.

According to the budget, the amount will be spent on “International Travel and Transport: Training & others.”

Under the sub-head ‘International Travel and Transport: Others’ it is also to spend N1.2bn.

Under the sub-head, “Presidency State House, International Travel and Transport: Training and others,” the sum of N118m and N902.4m is proposed for spending.

The office of the Vice President has a budget of N419m under the same sub-head.(Credit: PUNCH)

Instead of spending that huge amount on generators, why not invest it into the power sector.