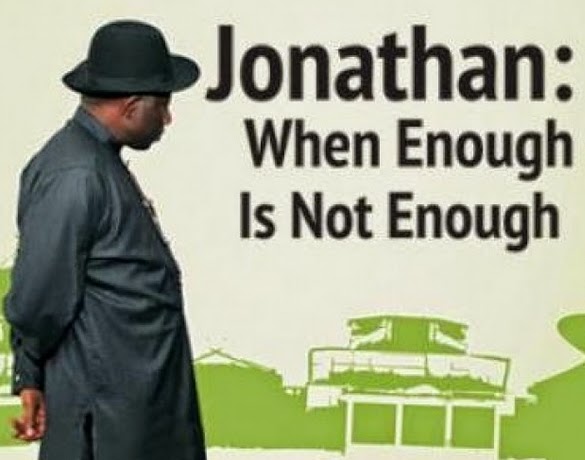 President Goodluck Jonathan is and has been a very lucky man. According to his history, in all the positions he held in his life – virtually 16 years, the president has never contested an election by himself except ones in 2011.

From a deputy governor to a governor, from a vice President to acting and substantive President on may 5 2010. Now that President is controversially standing in 2015, will that be God’s will or man’s aspirations?

Already there are constitutional loop holes in his standing. Some argue that section 137 has stated categorically that the maximum of 8 years has been explicitly stated as the maximum years anybody can serve as the President of Nigeria.

If President Jonathan is to return as the President to Nigeria in 2015, by 2019 when his tenure ends, he will end up having 9 years as the President of Nigeria. If one argue that he can stand in 2015, then, is he telling us that the President will agree to relinquish power in may 2018 when he complete 8 years?

Certainly that will be a day dream. If one also argue that he shouldn’t then, his right to complete 8 years has been shortened by 3 years. Only the court will determine his fate.

In Nigeria, is not like that, once you have a lot of money for election campaign, then victory is guaranteed

Nigerians are blindfolded by tribalism and regionalism. Tribalism is more important to them than nationalism, Why? Why did we decide to fold their arms while some section of the country is ransacked? “Once beating twice shy”

Nigerians must learn to be their brothers keepers. “What is good for the goose is good for the gander” if Nigerians decided to fold their arms and allow the Northeast to be ransacked, they when it comes to another region no body will bother to assist.

A prosperous North is a prosperous Nigeria. Likewise the Southern Nigeria. Our resolution and political determination will determine who our next leader will be come 2015.