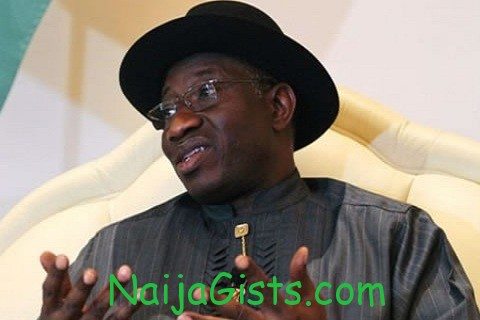 President Goodluck Jonathan came under criticism from his Facebook friends on Tuesday after he posted his Christmas message on the social networking site.

The President in the message said he “personally” instructed government officials to make conditions favourable for Nigerians to celebrate the Yuletide.

The airports, he said, for instance, had been given a “facelift”, adding that the terminals were rehabilitated and the runways upgraded ahead of the festive season.

“Not done, we ensured that for the first time in decades, the cross country services (Lagos to Kano with stops in cities along the route) of the Nigerian Railway Corporation were revived just prior to the holidays to provide Nigerian masses with an inexpensive alternative to road and air transportation.

“This administration also took steps to increase power generation by remaining true to the Timelines of the Roadmap to Power Sector Reform, which has seen history made on Friday, December 21, when Nigeria’s power generation hit an all-time high of just over 4,500 MW.”

But no sooner had Jonathan posted the message on his wall than it was greeted with a barrage of criticisms from his friends.

While a few praised and advised the President on how to tackle the problems bedevilling the country, many others faulted his submissions.

One of his friends, Kaycee Aloy-Obi wrote, “Mr. President hold your greetings. You and your family are having great celebration. A litre of petrol is sold at N110-N120, against N97 which is the official price. There is unprecedented traffic jam on Ore-Benin road due to bad roads.

“People cannot go around to visit love ones because of insecurity. Bury your head in shame with your 4,500 MW when South Africa is generating 50,000 MW. It is paradoxical that many Nigerians are having dry Christmas in midst of plenty.”

Yusuf Suleiman, asked the president to match his words with actions, adding that his “advisers are not telling you the true picture of what is happening.”

He said, “In Nigeria today, under your watch, the country recorded the highest looting of our treasury, and you didn’t do anything. We also have seen how citizens were massacred, in fact, the highest since civil war ended (and) your government is not doing enough to stop that.”

Also, Bethel Vincent, wrote, “Haba! Mr. President, you know say lie no good at all. Why post something we have not witnessed, yet you refer to us as friends and fellow Nigerians. As I am talking to you, my flat is running on generator; Benin-Auchi road is filled with potholes and you are talking about airport, how (many) Nigerians can afford air transport?”

A friend, Ajoba David, wrote, “Sir, congratulations! Merry Christmas and a happy new year. What do we expect as a New Year gift come Tuesday, January 1st? Well, I hope it is not going to be another fuel subsidy razzmatazz like we experienced last year.