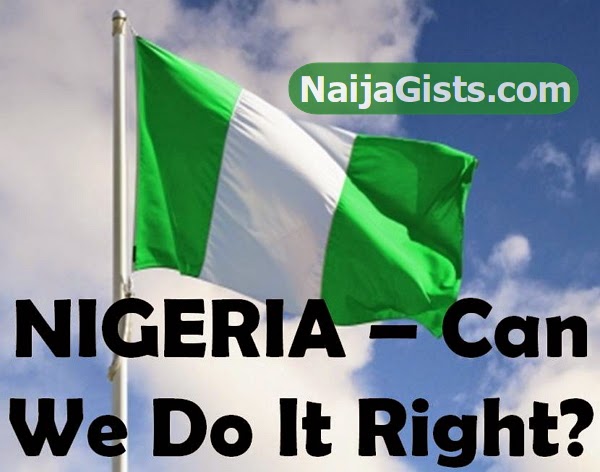 Dec 29, 2014 – Prophecies About Nigeria & Nigerian Elections In 2015: What The Prophets Will Say By Samuel Ekekere

2014 is almost gone with all its thrills, frills, ups, downs, tribulations, trials, fun, joy and everything that words may not easily describe. As expected, adverts are already on TV, radio, newspapers and the internet inviting all and sundry and as much that care to our different churches to hear what God has for the new year come new year eve.. There is huge anticipation in the air building up to this programs as people are anticipating prophesies through the mouth of the ministers.

For the well known prophets in the land, the media will focus on them. Media houses especially our internet and newspaper mediums know they will get huge readership from the crowd of readers who are desirous to hear what Prophet so and so has to say. If you fail to attend the meeting don’t worry, you can always get the full gist by just googling Nigerian prophesies 2015.
Already the journalists and bloggers are ready with their pen. They have bought special pens for the occasion just so that there won’t be any excuse for failure. Their bosses wouldn’t tolerate any failure on their part to get the full gist.

By now, God has spoken. The messages for the New Year are all ready. They have being written and typed out and we expect that on the New Year eve, the bombs will be released by the ministers.
We are certain there will be prophecies of doom. President Jonathan will top the list of those to be significantly talked about in the prophecies. His party, the PDP will follow. Expect the prophets to say, the president must be careful of his reelection bid. Some may say, he may lose at the elections. For the PDP, it would be dooms day. The party will lose many seats to the opposition. Already, we anticipate not an easy run for Mr. President and for his party.

The APC and General Buhari will follow behind. Expects prophesies on the APC winning new seats and losing some to the PDP. Expect conditionality like “Buhari may win if…” We don’t expect the rest, we only have to watch and see the rest play out.

You will not fail to hear “there are possibilities of Nigeria disintegrating if….” It has being prophesied over and over so if it returns, it won’t be new.

Boko Haram will be seriously hit in these prophesies. Expect the prophets to say, Boko Haram will suffer a major setback but they will return stronger towards the end of the year if President Jonathan wins the elections or another major militant group will arise in the North West if Buhari wins.
The Ebola case isn’t over yet. Expect prophesies on the movie “the return of Ebola.” Government will have to be on their watch again as this may be even deadlier than any other known case.

Expect Rivers state to come on the front burner. The battle between Amaechi and Jonathan isn’t over yet. Amaechi may be rueing his losses over the vice presidential seat but he is going to try to cause some major upsets. Rivers people must watch out for this prophesies of catastrophic killings in the power display between Wike and Dakuku over who will become governor of the state.

Watch out for prophesies of senior politicians dying this year. We won’t be told how or who but be certain such prophesies will return. It has always being part of our yearly prophesies.
Don’t be surprised if in sports the nation’s sports team is prophesied to expect a woeful year. It will make things easier for our sports managers who don’t have to put in any work as they must allow the prophesy play out.

We can expect prophesies on major uprisings in Lagos, Port-harcort, Warri, Ibadan etc. There will certainly be uprisings in those locations because of the extent of political game already playing out.
Our religious wars won’t end now. Prophesies will certainly arrive to certify the continuous process of religious cleansing in the north. When you hear it, don’t be surprised.
Tinubu should watch out, there will be prophesies of his downward plunging into political wilderness after the next elections. He will follow the path of Obasanjo.

Minister of economy will have to work extra hard against prophesies of economic decline. It will certainly arouse interest from the opposition who want to see her fail.
Rochas should expect the substantiating of prophesy of his becoming president next year. When it comes, don’t be surprised. He really loves prophesies.

There will be serious hanky-panky in Christendom. Prophesies of Anita returning to Chris Oyakhilome will certainly make headlines. Tunde Bakare will return to headlines once again with his prophesies, the target as always Obasanjo. Obasanjo must watch out for these.
Strikes happen every year. There will certainly be prophesies of strikes especially ASUU and the Medical Doctors.

A senior spiritual leader in the north will be the target of the dreaded Boko Haram sect. At least one has always being a target every year in the last few years.

There will be quite a lot happening but I will hold my pen here. I’m also longing to get the full prophetic gist.