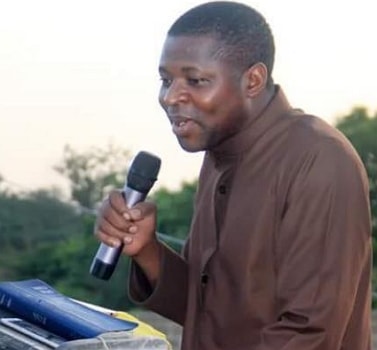 He is the founder of Freedom Foundation Apostolic Revival Ministry headquartered in Nigeria with several other branches all over the world.

His prayer mountain called Mountain of Glory in Ibadan is now the go-to place for deliverance and prayer by celebrities all across the South Western part of the country.

An insider told YMG it has never been the wish of the prophet to get a mountain not until God revealed to him during a revival in Lagos in 2017. Amazingly, a call was put to the prophet about a mountain in Ibadan which was up for sale and he grabbed the opportunity through the help of God. Since then, the mountain has been playing a host to several Nigerian celebrities, particularly the entertainers.

Those who have been to the mountain claimed that Ori Oke Ogo is a place to visit for people who need help from God.

“For almost a year that the mountain kicked off, God has really proved his mighty hands. A lot of battles have been won and that is exactly our vision. The mountain if not for a selected set of people, it is open 24 hours for all who believes in prayers”.

He is the pastor accused of asking for a plot of land from a lady for deliverance.