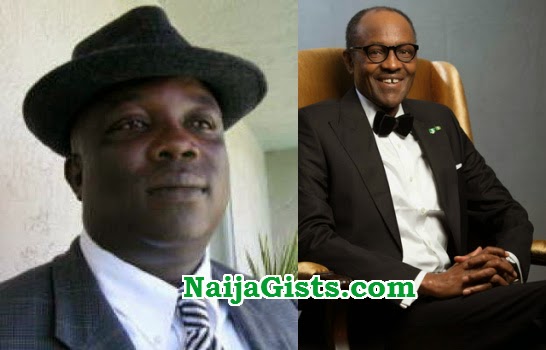 Do you remember the Prophet who predicted Jonathan’s defeat and Buhari’s victory in January? If you missed it read details here

In this latest interview with Encomium, Prophet Tibetan praises Tinubu, Okorocha, Obasanjo and Amaechi. He called them the Gideons of our time who delivered Nigeria from death.

Read his latest prophesies below:

Buhari will not die in office. God prolonged the life of King Hezekiah in the Bible and this is Buhari’s portion. He won’t die in office. He has a job to do. There is no time to waste. Mr. President-elect should hit the ground running on his first day in office because he already has the template of what he wants to do to liberate Nigeria since 2003. Remember I told the world in my Prediction 2015 book that General Buhari is not chosen by God but by the people of Nigeria to liberate them and since he is the one the people want, God answered their prayer by giving him the leadership of the country. Buhari should run the affairs of Nigeria without fear or favor because he has a limited time to do this work.

Asiwaju Bola Ahmed Tinubu, Governor Rotimi Amaechi of Rivers State, Governor Rochas Okorocha of Imo state and former President Olusegun Obasanjo are heroes who saved Nigeria and Nigerians from death. They are the Gideons of our time and their role in liberating Nigeria from problem is noted before God. God is happy with Tinubu, Obasanjo, Rochas Okorocha, Amaechi and Murtala Nyako, the former Governor of Adamawa state. Nigerians should give kudos to them for their heroic act.

On If Buhari Should Move To Aso Rock Presidential Villa, Tibetan Said

Yes, if General Buhari want to run his term successfully and does not want the fate of late President Umar Yar’Adua to befall him, he must make a complete and total cleansing of Aso Rock Villa before he moves in. Between now and when he would be sworn in, General Buhari must not step into Aso Rock Villa for any meeting either in the day or in the night. And after he is sworn in on May 29, he must ensure that America, Britain and Germany help him snoop around the entire Aso Rock vicinity to detect anything that might have been planted in there for him. An entirely new security measure should be put in place to ensure the total security and safety of the new landlord. Until then, the General could run his own “White House” from anywhere but Aso Rock.

“The Lord does not do mistake with his words, Ayo Fayose has just nine months to stay on that seat after which he will be going to jail. I don’t really have much to say on this. I have told you what the Lord will do on December 20 when I was launching my prediction book in Nigeria. Ayo Fayose will not see the end of 2015 as Ekiti State Governor.’