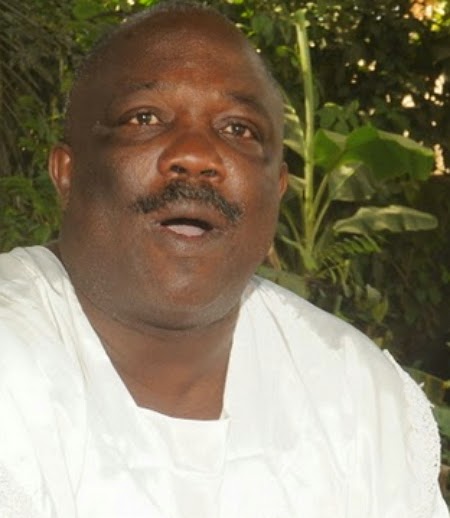 In an interview with ENCOMIUM Weekly, Tibetan gave more alarming prophetic revelations, while insisting there would be no bloodshed in the land.

Sir, there is so much anxiety in the political landscape and 2015 is already pregnant with fears, as a seer and an anointed prophet of God, what should we expect in 2015?

God said in the book of Genesis Chapter 1, ‘Let there be light and there was light’. It is the people’s voice that will prevail. God does have any special thing for 2015 but the more I stop telling you lies, that is when we will know peace in our house. The country has no middle class and only low class, the levelers and the people up there who have the long spoons. When they stop digging their long spoons into the federal purse, then we can have a peaceful 2015. But if this fraud is not stopped, the people will be in danger.

They are going to devalue the naira three times before March and this is an agreement between an insiders in Nigeria and some foreign economic hawks. I am talking of Okonjo Iweala, she knows about it. She is looking for ways to run away.

APC, the major opposition party in Nigeria has fielded General Buhari as its flag-bearer in the February 2015 presidential election the party’s presidential flag for 2015 while the PDP adopted Mr. Goodluck Jonathan as their sole candidate? Who do you see winning between Jonathan and Buhari?

Politics started in the Bible. In Genesis 25 from verse 22, the woman said ‘If this is how pregnancy normally disturbs people, I think after this, I don’t think I am going to have a baby again’ and the Holy Spirit ministered to Rebecca, He said, Rebecca, why don’t you give peace a chance? Two nations are in your womb but the young one will be champion. The first one will be a workaholic. He may not make his way from the beginning but later he will be recognized. And when they came, it was Jacob and Esau the first twins in history and when their mother was trying to play the trick, that was the beginning of politics. People say ‘politics, politics, politics, do you know the beginning of politics? Rebecca said, now that your father is planning to die and bless Esau the first son of the house, you know I have a message from the Holy Spirit and now I want to actualize it. Go and get one of the choice kids of the goat flock and I will make savory food with them for your father, such as he loves and I will put the skin of the choice goat on your hand so that when your father touches you he will take you for Esau. But the father said ‘This is the voice of Jacob but the hand of Esau’. They are going to rig the elections; there is no good election coming in 2015. Goodluck has already failed, he knows but his word will hunt him. He said he will never go more than once so, why is he reneging? We saw that in him the very first day they opened Aso-Rock and he saw what they used to decorate Aso Rock, he pulled his hat and screamed. He has already disappointed and derailed us; we could have even told him we don’t need him again.

Buhari is not coming to look for the house he wants to live in, Buhari is only coming back as a concerned Nigerian. He will win the election; he may not even finish his term. He may die….he is going to die in between. That is what the Lord has revealed but it is good for a fighter to show his skill. Buhari has never changed his colour, there is no amount of frustration you give Buhari that will change him.

What about Goodluck Jonathan?

If our politicians had done well, we won’t have bothered, if they had given us steady power supply to set up our small scale businesses we wont bother about Abuja, we won’t bother about Goodluck Jonathan because he is goodluck to his father and not goodluck to me which I told you three years ago.

His father gave him the name, we were not there and never knew the circumstances that warranted that name given to him. This man (Jonathan) told us in his campaign that he never wore shoes, he never wore pant, he used cassava leaves to make the first pant. We should have known where we were headed. But it is quite unfortunate now Buhari will take us back to primary one.

How do you mean, sir?

Buhari is a not an academic. We knew him because he was a soldier. What was his qualification? We are going back to the time of trade by batter.

Is there going to be a divergence of opinion between Christians and Muslims in 2015?

Christians are tired already. Nothing will happen that way. No Christian in this country again, they have driven everybody away from the north.

So, for 2015, to answer your question directly, there will be elections but the disgrace of Goodluck is going to be massive; they are going to disgrace him everywhere.

Are we going to see more brutality from the insurgents, are they likely to strike in a place like Lagos come 2015?

They cannot strike in Western Nigeria. We should give kudos to Tinubu, if there is anyway Tinubu had offended us we should forgive him. He is a father and he has fought for Edo, Delta, Benin, Yoruba and even people from the east. We should give kudos to him. Had it been he had followed Obasanjo blindly we could have been in trouble for now. We could have been in a very big trouble because our straw would have been removed from the bottle and nothing for us to sip the drink any longer. We would have starved to death. They ought to have bombed us but they gave us the grace because of the political merger. Had it been that Tinubu did not stand his ground, the South West would have been in the same dirty pit that all Nigerians found themselves today called PDP. It was the baby of Atiku Abubakar. Atiku formed PDP. He is the owner of the party, he can take them to court and that is the last thing he is going to do.

What is Atiku’s fate?

They are going to fix everyone for a special job; it is only Atiku that will have no job because I told him four years ago that he should start mechanized farming and spread it to all 36 states of the federation. Go and read his page in the new Obasanjo’s book, My Watch. All what transpired between them.

What about Sam Nda Isaiah, the man who scored 10 votes?

Isaiah was just there to make his mark; he has the money to buy the ticket. I can equally be there, had it been I had the money to pick the ticket. And I will be there and they will call my name “Marcus! Marcus!! Marcus!!! And then I score two votes and I go back to my bedroom. I won’t fight them, it is not a war, it is a contest. If you call Marcus twice, that is enough, my wife would even appreciate it and congratulate me. Isaiah is not a politician, he is a writer. He should return to his family happily.

Do you think the country will split in 2015 like the USA predicted?

It is like you are reading the prediction already without seeing the text. From January 20, 2015, anybody who pronounces one Nigeria, the Almighty God should strike him and make blood pour from his mouth and make his first born have Ebola. We are United States of Nigeria, not Nigeria, United States of Nigeria. What Edo state makes in 2015 should be used for the development of their people; what Ondo people get in their area should be used for them. We want to derail Zamfara, Yobe, Borno and other seven states, these are nine states that have nothing to do with Nigerian economy but because you said you are practicing federalism you are now sharing money with them, that is why they have free money for Boko Haram activities. If you want to cripple Boko Haram let every states in Nigeria use what it produces to develop their economy and automatically Boko Haram will crumble. There is no unity again because the author of our 1914 amalgamation said if after 100 years we cannot continue to stay together we should go our separate ways and today the reality has dawned on us. We cant continue to federalize. Look at the other day, the adopted daughter of Goodluck Jonathan was wedding and there was bomb blasts everywhere even in Abuja, an event you could postpone but you went on with the wedding. That guy (GEJ) is heartless.

You have spoken extensively on national politics, we want you to analyse Lagos politics, is there going to be shift in power come 2015?

Regarding Lagos, the secret of the APC in Lagos will be exposed by the PDP before the end of January and the perpetrators of Funso Williams and (Saka) Saula’s death will be exposed as well. And then again, the governorship race is between Ambode and Jimi Agbaje and this had been predicted two weeks ago before the primaries.

Fayose Will Go To Jail

Buhari will rule with APC and Fayose will only stay 13 months before he will be removed again and he will go to jail. From power to prison.

So, who is going to be the next governor of Lagos between Jimi Agbaje and Akinwunmi Ambode?

Is it Ambode’s portfolio; don’t try that because Tinubu will spill his last blood. When you are still alive how can you watch armed robbers kill your first born in your house? You will use everything to kill the armed robber, Tinubu suffered for Lagos state.

You could remember Lagos state could have been on fire after the 2007 election if not for my two, notable Nigerians; that is retired IG, MD Abubakar. That man is a good man, he is a reputable Nigerian. Then my brother, Bode Ojajunni who happened to be his ADC. When they finished the election, Koro lost and Obasanjo was campaigning in Lagos but Mr. Ojajunni, who is a credible Ondo born said ‘Baba, what you sent us to do, we would not do it’. ‘We will not do it, we wouldn’t release the result of the election’. Because Obasanjo said they should not release it, they should announce Koro and they will go to court’. If that had happened, we would not have a good state like Lagos today.  What is PDP looking for in Lagos? Who invited them? Lagos is one party state. Let me tell you the truth nothing but the truth, it will remain like that until 2040.