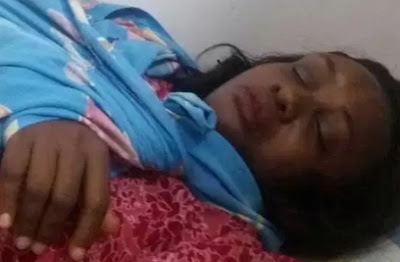 A nursery school owner in Lagos was recently rescued from the grip of some kidnappers taking her to an unknown destination.

The victim, Mildred Mbajiorgu was abducted by three men at Peaceland Estate in Abijo area of the state few days ago but as God will have it, a vigilant motorist who saw how she was being manhandled by the kidnappers gave them a hot pursuit until a minor crash put them to an abrupt stop.

Here is what the husband of the proprietress, Chief Eddie Mbajiorgu told The Newsmakers. 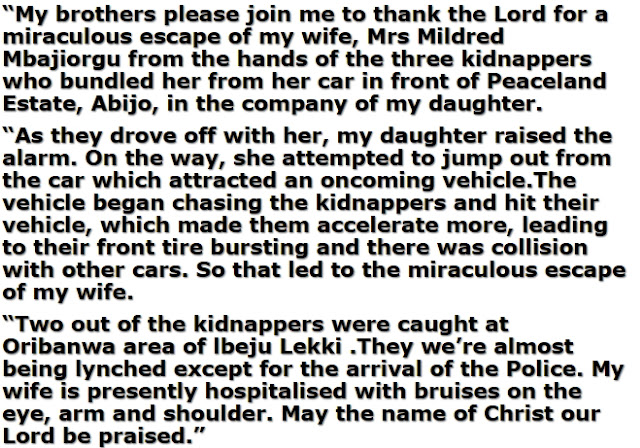 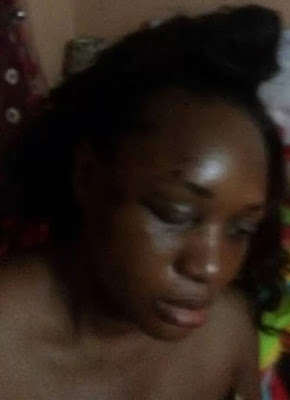 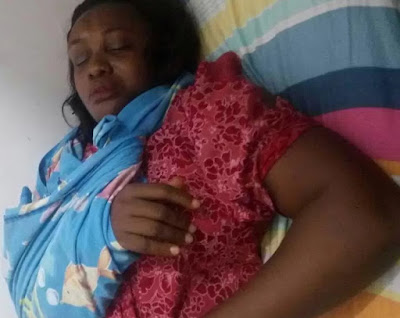