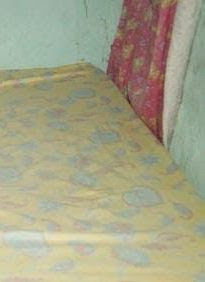 A very popular runs girl from Calabar Cross River State who rented a room in a brothel in Kubwa area of Abuja has died.

The deceased identified as 35-year-old Ome Enyi was found lying dead on the bed 24 hours after one of  her sugardaddies paid her a visit.

Her corpse was discovered by a cleaner who  had gone to tidy up the room on Tuesday.

It was discovered that her clitoris has been cut off. 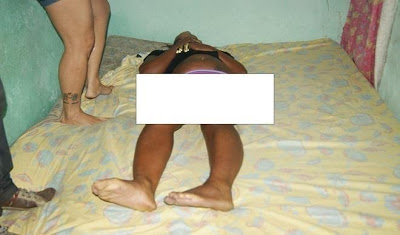 She was taken to Kubwa General Hospital where doctors certified her dead.

Her corpse is still at the hospital morgue as police notifies her relatives.

Catholic Man Who Used Bubble Gum To Steal Church Offering During Mass In Ejigbo Lagos Arrested
Photo: Nigerian Mobile Policeman, Mopol Gives Rifle To A Civilian Who Demanded For It