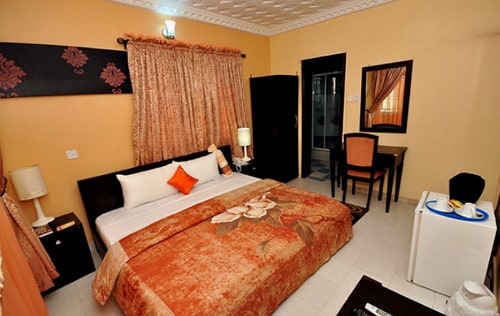 A suspected prostitute, Divine Isa, today in Lagos appeared before an Ikeja Magistrates’ Court, for allegedly stealing a cell phone worth N260, 000.

23-year-old Isa, whose address was not provided, is facing a three-count charge of conspiracy, obtaining under false pretences and stealing.

The Prosecutor, Insp. Mojirade Edeme, however, said that the defendant committed the offences with one other still at large on June 13, at Ikeja Traveler Inn Hotel, Lagos.

She said that the defendant stole the phone belonging to the complainant, Mr Victor Onekama.

Edeme said that the defendant also obtained a plate of food and drinks valued at N32, 000 on the pretext that she would pay later, a representation she knew was false.

“The defendant and her accomplice entered the hotel, ordered a plate of food, and drinks, and after eating, stole the phone from where the complainant had kept it.

“They sneaked out of the hotel without paying for the food and drinks consumed.

“She was later apprehended and handed over to the police,” the prosecutor said.

The Magistrate, Mrs A.O Aderibigbe, granted the defendant bail of N100,000 with two sureties in like sum.

Aderibigbe said that one of the sureties must be a blood relation of the defendant.

She said the sureties should be gainfully employed with evidence of two years tax payment to the Lagos State Government.

The magistrate adjourned the case until July 3, for mention. (NAN)

Continue Reading
You may also like...
Related Topics:crime, lagos, state