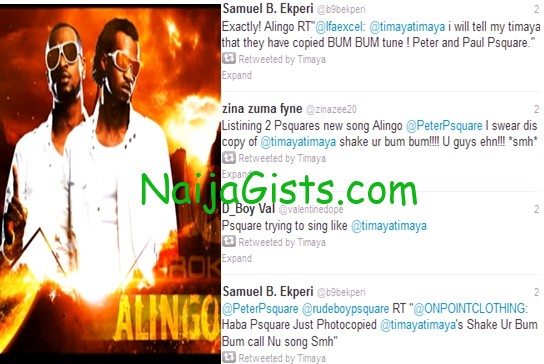 After a careful examination of the two songs, it’s obvious Alingo is a cool remix of bum bum tune.

Listen to the two songs below.

As at the time of this report, Egberi baba hasn’t said anything about it yet.

Below are some tweets from concerned fans re-tweeted by Timaya 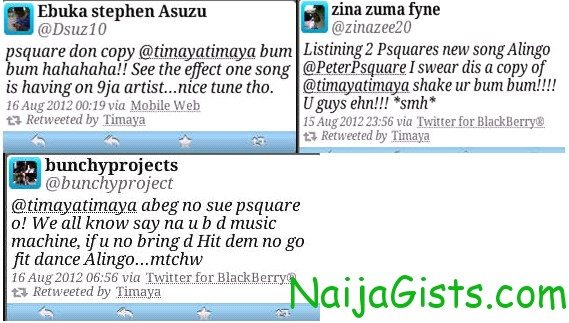 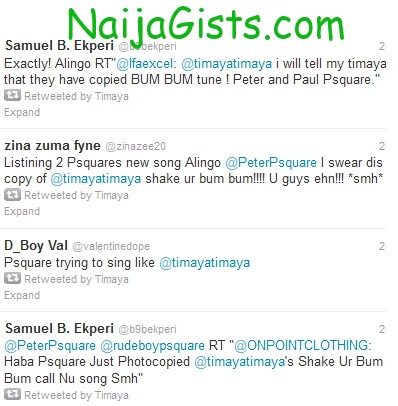 What is your take on this guys?