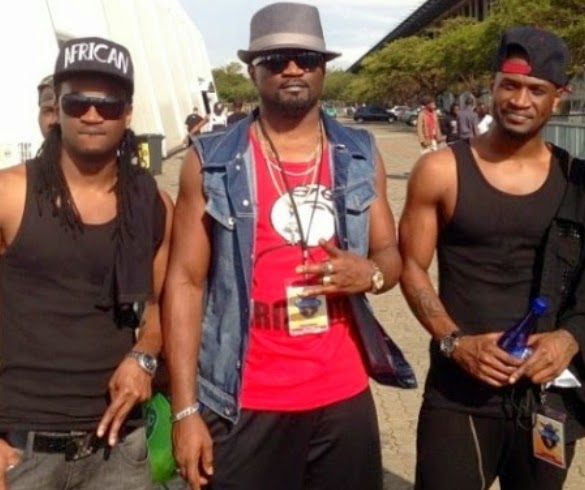 When NaijaGists.com first broke the news of the ongoing brawl between Jude Okoye and his brother (Peter Okoye) few weeks ago, critics said I’m poke-nosing into their family affair.

I can authoritatively confirm that Jude Okoye’s issue with Peter Okoye’s wife, Lola Omotayo has led to a major fight between the musical twins.

A source who wrote NaijaGists.com late last night said the twins are at loggerheads.

The source further said that the duo exchanged blows during a recent rehearsal and were separated by their dancers.

While planning to get married in Dubai, they have hit a major stumbling block which involves forcing their elder brother, Jude Okoye to attend their white wedding in Dubai.

Recall that Jude Okoye was absent at Peter Okoye & Lola Omotayo’s traditional wedding in Lagos last year but he came to Paul Okoye and Anita Isama’s wedding in Port Harcourt last month…..So can you guys see where the fight is coming from?

As we speak, Jude Okoye, the number one cause of the ongoing fight between Psquare said he has quit as their manager after 10 years.

Mark my words, this may not be as serious as we take it to be but it is a big wakeup call for Jude Okoye to make amend between the two brothers.

Hope to see him at their upcoming white wedding in Dubai.