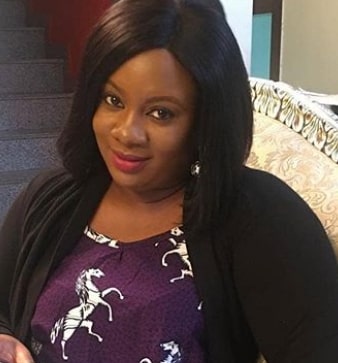 You once said you get intimidated by much taller guys when you’re cast with them…
I actually didn’t say taller guys intimidate me, I meant that my height sometimes get in my way of getting roles. This is because sometimes they would have picked their male actor and when we were matched side by side, it wouldn’t just work because of his height.

Does that make you feel terrible?
I really don’t feel terrible because in Hollywood, they can find a way around things like this. Height is not an issue it’s just that in our industry, they can’t fix that gap in height. They just want to shoot and go into the next project. In Hollywood they spend months to sort it but they don’t have that patience in Nollywood- they just want to move on to the next project even if the chemistry is great between the actors.

After featuring in the musical video of the song, ‘Ife Wa Gbona’ by Tiwa Savage, have you done anything else with the lady and what’s your relationship with her at present?
No, I’m not a video vixen. It just happened that the director of that musical video is someone I’d worked with in the past. His name is Bolaji Kekere-Ekun, I worked with him on his short film entitled Nkiru.

He was the one trying to cast for a character in the video and sent me a message to ask if I was available and I said yes. He said he was going to show my photo to Tiwa Savage and her manager at the time, because they obviously needed to see the people they were casting. And that was how I got on the video.

Did Tiwa Savage give the director an express approval?
Yes. The director would give the picture and profile of who is going to be in the video to the artiste. The artiste also has to approve it because it’s their music video and she approved. And then, I got the details for everything. It was a great experience.

What was the response of people like when it came out eventually?
People saw the video and it was later that they realized it was me. I was in a different attire; I was wearing more traditional attires. I hardly wear traditional wears. I guess they saw me differently. It was cool. I got a good reception on that one.

Did you start a friendship with Tiwa from that point?
I haven’t done any other project for her after then but when we see each other, we say hello and she’s very cool and humble.

You’ve also lamented about very unserious people who mischievously call for audition when they mean no business…
I got an information about this audition although, not a lot of information but as an actor you have to go and check things out. I went for the audition and the guys involved were telling them to show their bellies and they were chatting. It just felt like they were bored at home and they decided to do an audition.

Although you haven’t done many movies, you’ve actually had some very brilliant outings. Would you say that acting has been paying your bills?
Acting has been picking my bills, though not all. A lot of people didn’t know that I had a 9am-5pm job which I left last year. I got into Tinsel sometime in March last year, I was away for Christmas to see my parents and had to make a decision to choose between that job and acting because I was beginning to get many calls for roles. And I know Tinsel is more or less a Monday to Friday thing. I was actually meant to be on Tinsel much earlier but one of the producers kept reserving me for something else. She didn’t know what she was reserving me for but she said when the role comes she would give me a call. Well, she gave me a call then I had to leave my 9am-5pm job because Tinsel would take more of my time and I couldn’t joggle it. I believe people should have different streams of income because acting doesn’t guarantee you steady money. You might be guaranteed a job that would not be paying the kind of money you desire.

You left Berkley Bank’s job in the UK where you’d have been promoted and earned a better welfare package for the uncertainties in the Nigerian showbiz space, would you say that you’re still proud of that decision you made?

If it’s with regards to money, yes I would have a lot more. I have master’s degree and I have experience so even if I come to Nigeria and I’m not getting movie roles, I know I would get a job with my qualifications. I don’t regret my decision.

Who are the actors you still aspire to work with?
They are Rita Dominic, Omotola Ekeinde-Jolade, Olu Jacobs, Joke Silva, Ego Boye is a fantastic actress, and Pete Edochie.

How have you dealt with men who tried to take advantage of you in Nollywood?
Before they can try that, they’d look at the person they’re trying that with. I always say that the way you present yourself matters a great deal. If someone sees a lady and he tries to take advantage of her, it’s either he’d seen a beautiful girl and wants to try his luck or the lady is exposing some parts of her body and the guy is having fun watching the girl. I have never been faced with the sex-for-role condition, they dare not try it with me. I don’t put myself out like that. I believe the one who could be abused like that is the one who is desperate and I’m not one. So, they’d only try it with girls who are vulnerable.

You’ve never been romantically linked with anyone since you came into the industry. Don’t you think you’ve been unnecessarily discreet about your relationship?
The kind of career I’d chosen put my face out and I need something to keep to myself and that thing is my relationship. The public can find out any other thing but I want to keep this for myself.

The minute you sought stardom and found it, your life doesn’t seem yours alone anymore because you influence the public. And if they desire to know your relationship status, have they asked for too much?
The media has a way of breaking relationships if you don’t protect it yourself. You have to protect it like a baby.

Does confessing you have a relationship expose it to danger?
Saying I have a relationship and denying that I’m in one, what is that doing to the society?
What if there’s someone admiring you enough and wants to know if it’s safe to be closer? And your social media status doesn’t even reveal anything about whether you’re in a relationship or not.
I’m a very traditional girl, very old fashioned. If a guy likes me and he’s going online to check for my status, that turns me off. Try and contact me. Send me a message.

How will he get your email address, phone number or any other means of reaching you?
You can send me a message on Facebook.

But you just said you don’t like to be sought after online…
I’m that kind of girl who appreciates a man who is bold enough to walk up to me and say, I really like you. If you want me to be your girlfriend, I want you to say it: would you be my girlfriend? Unfortunately I’m that kind of person. A lot of my friends complain I don’t answer my whatsapp, BMM and Facebook messages and I would tell them, call me. I’m very okay with that. If people want to know if I’m in a relationship, the only answer I can give is that I’m not married. And someone who’s not married is obviously available.

Is there anybody like your kind of guy in showbiz?
I don’t want to use the word ‘crush’. If I mention Lynxxx, it’s because he’s a guy who’s got a sweet heart and I knew him before I got into the industry. I’ve watched him grow and he’s a guy I’m really proud of. I look at him and say, that’s a great guy.

So if Lynxxxx comes asks for your hand in marriage, would you say yes to him?
No, he’s actually like my brother. I told you how long I’ve known him. I don’t like him in a romantic way. Do I like anyone in the industry romantically? The answer is no.

Bolanle Ninalowo: Moyo Lawal & I Not Dating…Yoruba Magazine Cover Of Us Nothing Serious
Liz Anjorin: I’m Not Alaafin Of Oyo’s Wife, He Only Marries Virgins