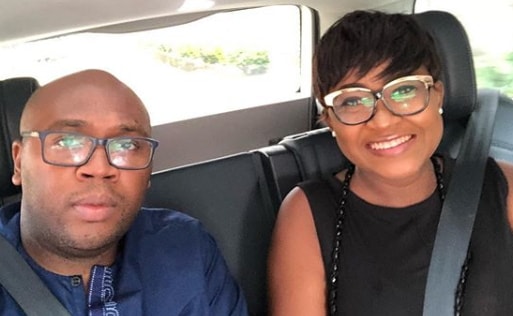 A racist Lebanese barber who insulted Nigerians few days ago has been dragged to police net after he refused to cut hair for popular Nollywood actress Mary Remmy Njoku, the wife of Iroko TV boss, Jason Njoku.

Drama started on Friday when Mrs Njoku visited the barber shop  somewhere in Ikeja Lagos to get her hair done for a movie role sadly, she was sent back by the barber who claimed he doesn’t do hair for Nigerians because they are cheap.

Without wasting time, she reported him at a police station in Ikeja.

He was invited for questioning where he apologised and even offered free hair cuts for the DPO and Mr Njoku, an offer they both rejected.

His case is currently at the police station after failing to provide a reasonable answer when his immigration status was questioned.

Here is how Mr Njoku narrated his wife’s ordeal on Twitter last night. 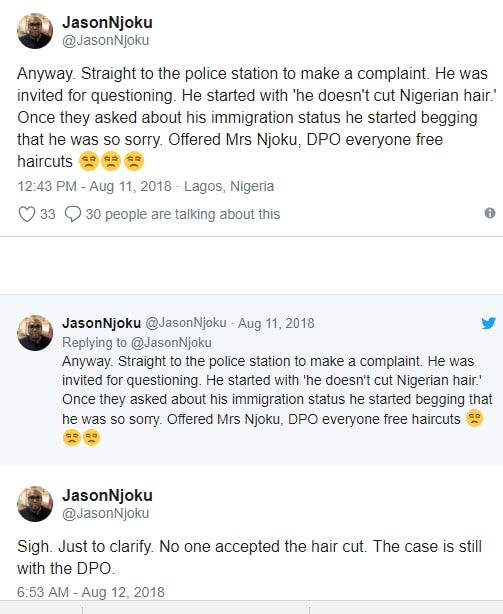 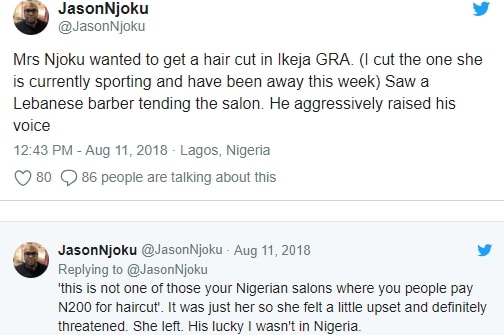