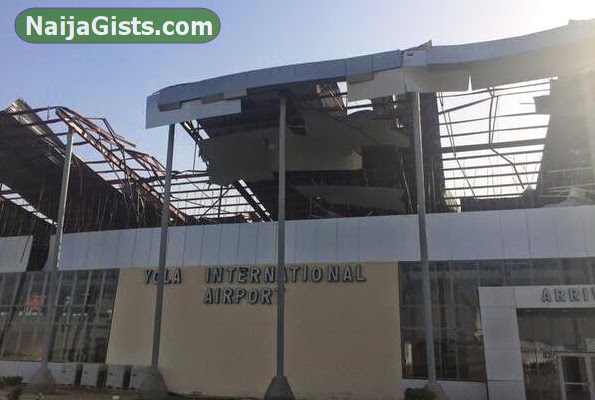 Kudos to Stella Oduah and her transformation agenda in the aviation sector.

Just this past year, the former big madam in the aviation industry gave out a multi-million naira contract for the remodeling of Yola airport in Adamawa.

In January, she inspected the place and promised that the project will be completed in a timely manner.

Just take a look at what the newly remodeled airport has become in less than 24 hours of heavy rainfall in Adamawa. 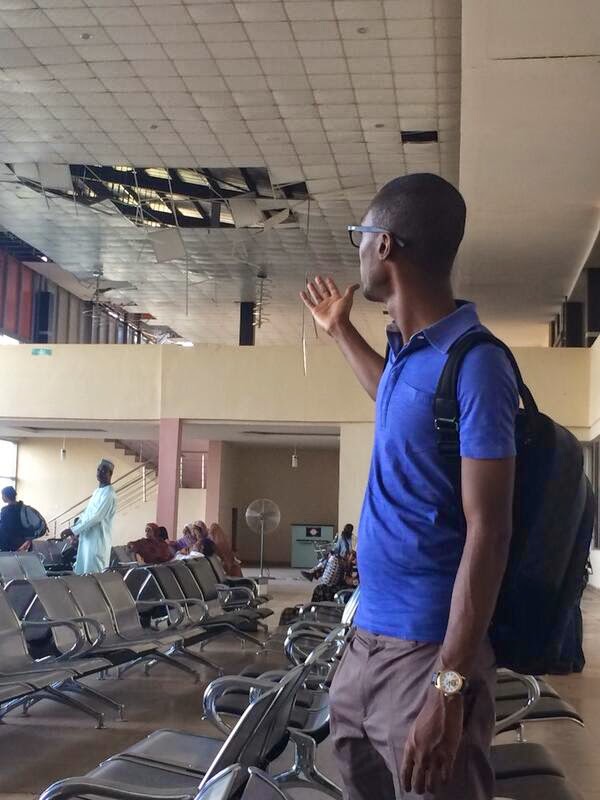 Is this the transformation agenda the Nigerian Federal government is talking about? 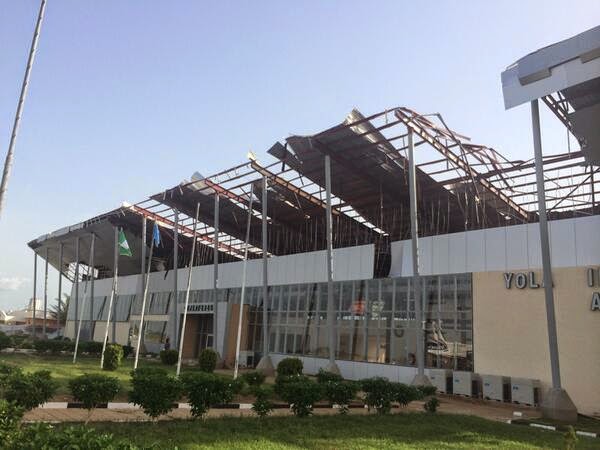 These corrupt leaders give out billions of naira of contracts to their friends and associates so they can get their own portion… before you know it, the contractor will use substandard products and paint every where in charming colours and commission the project…. Few months or weeks later, na this kind yeye structure u go see.

The airport terminal cannot be compared to any in the world as it is obvious the quality of work done by the contractors should be reviewed and a better job done. If the transformation of the Aviation sector by Jonathan led government is to be seen as genuine and not an avenue to embezzle funds, the contractor responsible should be arrested and refund the money said to have been spent to the Federation account.

This is the same airport Stella Oduah was highly praised for before she sacked over corruption.