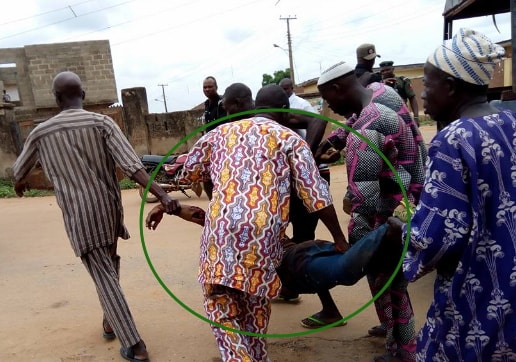 Suspected members of the Eiye Confraternity killed a young man in Ogun state on Sunday during a football match that held in Oke Agbo area of the sleepy town.

According to witnesses the man being carried by some elders in the above photo was a member of a rival cult group who was given a hot chase from LA Primary school in Oke Agbo by some Eiye cultists who brutally hacked him to death before fleeing the scene of the attack.