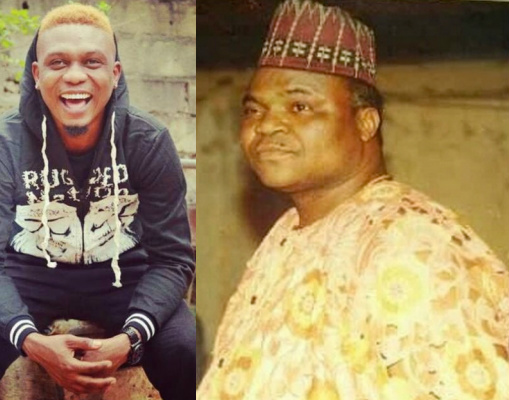 The rapper announced the passing on of his dad early Saturday via an Instagram post with picture of the deceased and a caption which reads: “Inna lillahi wa inallah-e-raji’oon. #RIP ALHAJI A . A . SAFARU. #DADDYMI.”

Reminisce, also known as ‘Baba Hafusa’, dedicated a song “Daddy Mi” (featuring Davido) off his sophomore album, to his father.

Already, colleagues and fans of versatile rapper and Samsung ambassador have been commiserating with him.

Alhaji Safaru is expected to be buried today according to Islamic rites.