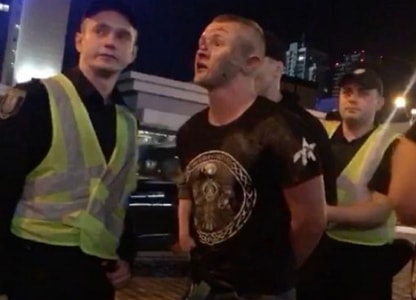 Supporters of Liverpool Football Club are afraid of their lives after some hoodlums suspected to be Real Madrid fans attacked two foreign fans of the football club in a restaurant named Rooster Grill in Kiev city.

When police were called to the scene of the crime, they arrested two bloodied Liverpool fans as the hoodlums managed to escape.

With less than 24 hours to go until the Champions League final, Liverpool supporters in Ukraine have been warned to stay within safe zones to avoid being clubbed to death by the hoodlums.