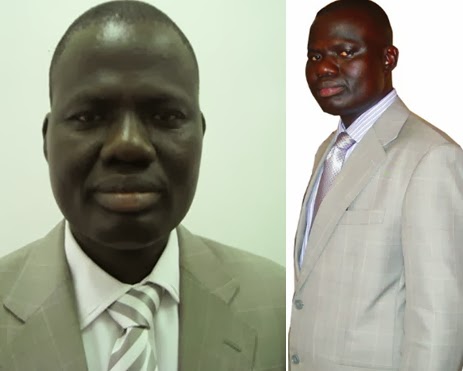 Who could have done this to a fellow human being? This is the exact question on the mind of everyone who hear the sad assassination news of a popular Pastor in Redeemed Christian Church of God.

The area pastor of Mount Zion parish in Agiliti, Mile 12 has been brutally murdered by some suspected hired killers who stormed his residence in Ogun state on Sunday.

Tunde Olawuwo, an auditor at Red Star Express was shot dead by the gunmen around 4 am on Sunday two hours after the assailants attacked his residence in Magboro area of Ogun state, Nigeria.

He was hiding in the ceiling when the gunmen gained entry into his compound.

They reportedly fired shots at the ceiling and shot him dead. They cut off his stomach and placed his intestines on his chest.

Pastor Tunde Olawuwo was in his early 50s when he was brutally murdered.

Sources said the killers arrived the pastor’s house at about 2am but could not gain entrance into the house until 4am.

The deceased was said to have fallen from the ceiling and was shot several times by the killers.

According to sources, all pleas made by his wife were ignored as the suspected hired killers cut his stomach open and brought out his intestines and placed them on his chest.

May his soul rest in perfect peace and may his killers know no peace.