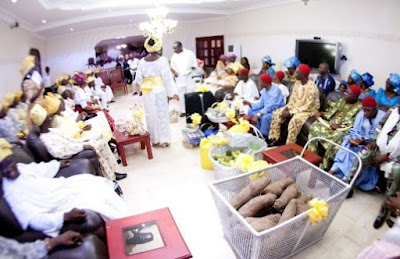 Edaih, a 36-year old jilted has demanded compensation for the number of years he wasted in the marriage to his wife, Uche.

He made this known when he testified in a divorce petition by his wife at a Grade 1 Area Court, Aso Pada, Mararaba, Nasarawa State.

He claimed that he only slept with his wife in the first two months since they got married, adding that he had no problem with the court granting his wife’s request.

“But I demand compensation for wasting my years with her in the name of marriage. Since 2013, we got married, I only slept with her the first two months into our marriage and after then, she never allowed me to touch her, nor will she let me sleep with her,” he said.

He tendered what he spent on her head at the traditional wedding and begged the court to ask her to refund all.

The respondent said that he did not enjoy the marriage as he should, while denying the allegation of being cruel.

He told the court that his wife was rather the one sleeping around with other men.

The petitioner, Uche, had begged the court to dissolve her marriage to her husband, for alleged irresponsible behaviour.

Uche alleged that they separated about three years ago because of Emma’s irresponsible behaviour, adding the union produced no child.

“As a result of the cruelty and intolerable attitude of my husband, the marriage had since broken down irretrievably. I am no longer interested in the union with him and I urge this court to dissolve the union,” she pleaded.

The presiding judge, Albert Maga adjourned the case to September 2 for further hearing.