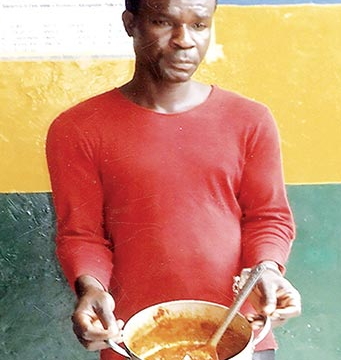 A wicked man who allegedly poisoned a family soup in Ajegunle area of Lagos has confessed.

The suspect identified as Gordon Daniel reportedly told the police he added a bottle of Otapiapia (Sniper)  into the pot of soup belonging to a family of three to take revenge on the head of the family for insulting him last year.

According to Daily Sun, the suspect reportedly poured the poison into the soup on Baale Aiyetoro Street when the woman had gone to buy salt.

The suspect was caught after the women smelled offensive aroma from her soup immediately she returned.

She reportedly notified her landlady who swung into action immediately by arresting the only co-tenant.

Gordon Daniel was taken to the traditional ruler in charge of the area before he was handed over to the police. 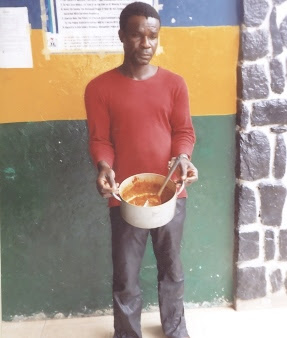 During interrogation, the suspect blamed the devil for his evil act.

His case has been transferred to SCID Panti for prosecution.

Refund All The Money I Spent On You Since 2013 – Jilted Husband Tells Wife In Court
Jonathan & Wife Under Probe For Sponsoring Niger Delta Avenger Militants To Fight Buhari Govt.