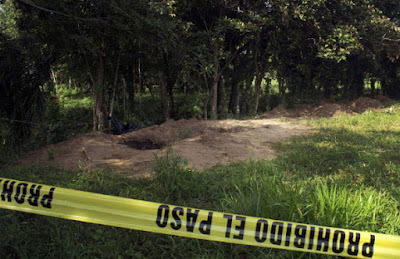 Family members of missing people in Mexico have found not less than 60 remains of their people in a mass grave near Colinas de Santa Fe city in Veracruz state.

The spokesperson for an activist group Colectivo Solecito, Lucia de Los Angeles, said the bodies found were that of victims of drug trade in the war-torn area.

Lusia de Los Angeles said the war on drug has led to the death of many in Veracruz.

Several rival drug cartels have been vying for power in Veracruz for years.