Earlier today, a 16-year-old girl identified as Nwabunike Anulika aka Frances sent out a message to bloggers to reveal how Nollywood actress Regina Daniels has been trying to force her to sleep with a particular movie producer who promised to help her become a movie star.

Frances alleged that Miss Daniels has been threatening to release the half-nude photo she got from her under the pretext of using it to evaluate her body.

Here is a message Frances sent to another individual today to expose what Regina Daniels has been doing to innocent girls while promising to help them:

“My name is frances I joined a group ,a networking online business named jamalife helpers global .. Through the advert by Regina Daniels brother Sammy Daniels . I met Regina in the group chat And I started chatting her At first she didn’t pay attention but I really wanted help with getting into acting….finally she started responding and I assumed she wanted to help me [ I did and she uploaded it to her fan page….

i sent her the nudes and she started treating me like a friend….she asked me to meet up with Richy Adams, I did at a public place n I went with a friend He didn’t tell me anything about getting intimate with him during this meeting He’s supposed to be a movie producer After that meeting, Regina was angry with me for not offering myself to Richy on d basics that he loved me n was going to help me become a star She blocked me on WhatsApp n her brother chatted me up….

He advised that I make up with his sis before she does something bad to me He said to come to asaba and pay for a hotel where I would meet Richy and please him He even offered to help with part of the hotel payment Regina unblocked me n gave me chance to go n meet Richy which I did not….

my phone got bad so I stopped chatting with them Some days ago,I fixed my phone n got angry texts from her …threatening to upload all d pictures I sent her She said she’s uploading the pictures today n d source wouldnt b traceable.

Regina Daniels has been called out for allegedly sharing a blurry semi nude image of her victim online.

Here is how Frances responded to the allegations: 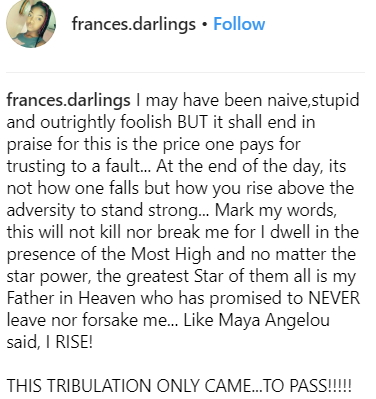 See more incriminating screenshots that could land Regina Daniels in police cell if her victim reported the matter. 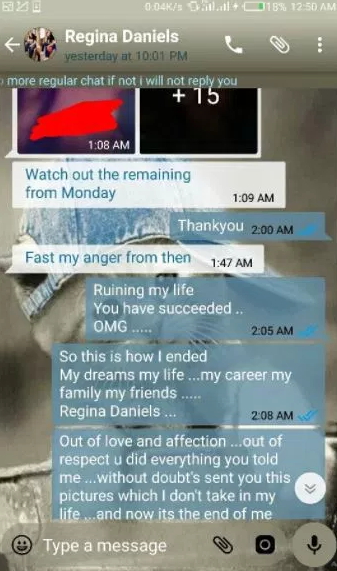 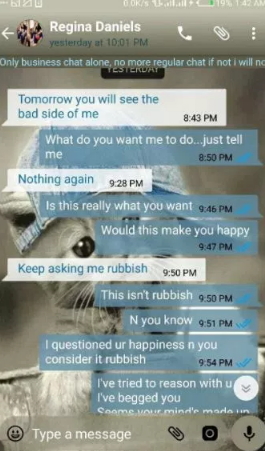 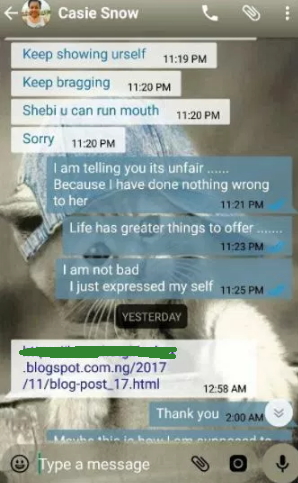 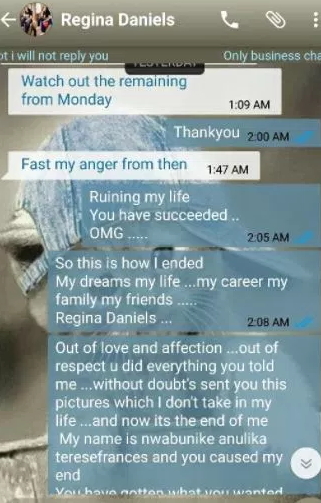 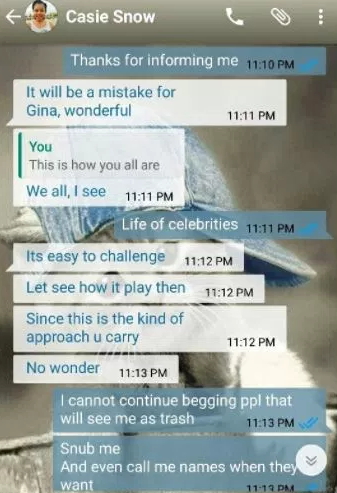 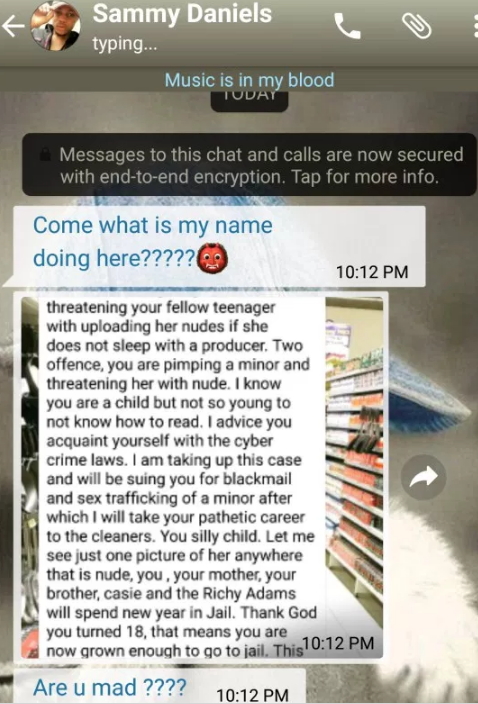 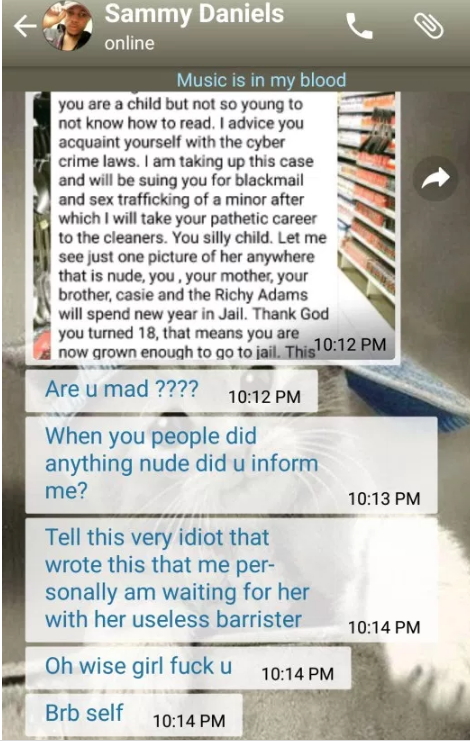 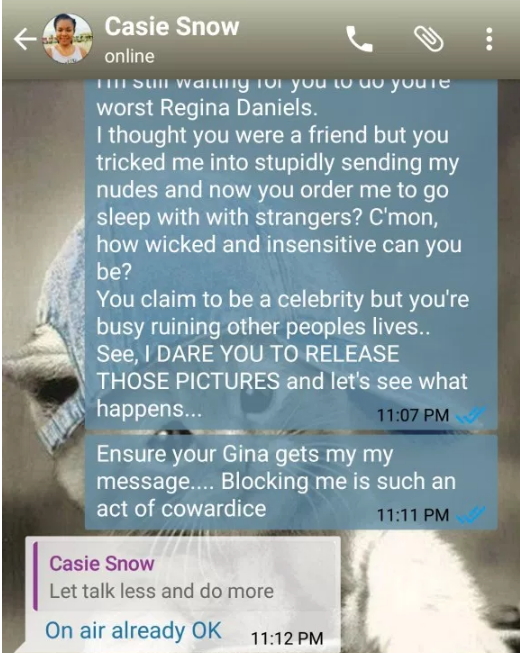 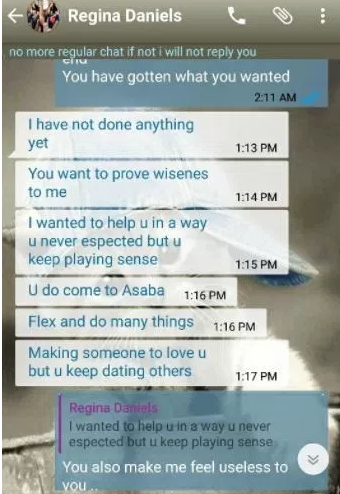 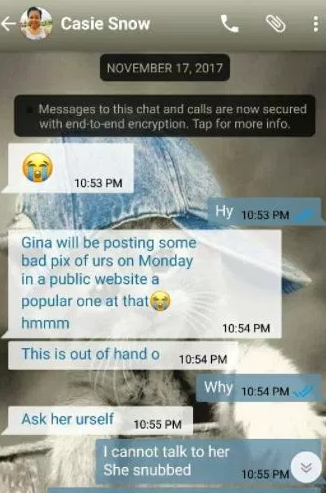 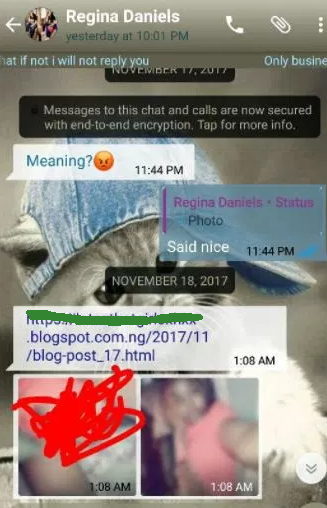 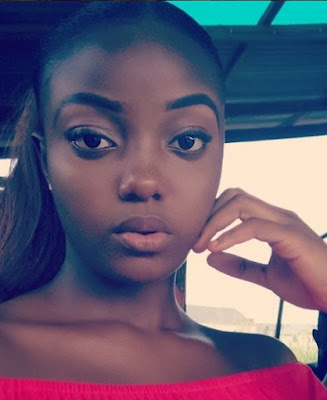 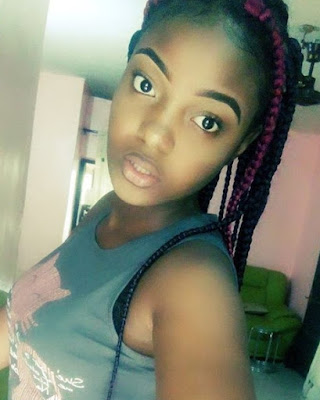 Can you imagine the dirty things kids do online. Parents please watch your children’s back.

Okada Man Lies That Lady Snatched His Manhood To Get Free Sex From Prostitutes, Lands In Police Cell
Photo: Woman Disgraced For Attempting To Seduce Men With Boobs @ Ehi Ogbebor Wedding In Benin