Nov 21, 2017 – Okada Man Who Falsified Missing Manhood To Get Free Sex From Prostitutes Arrested By RRS

Motorcyclist Lies That Lady Snatched His Manhood To Get Free Sex From Prostitutes, Lands In Police Cells

A motorcyclist who is fond of setting up ladies to get free sex has been arrested.

The suspect, Okechukwu Desmond allegedly picked up a lady at Apple Junction in Festac at 9pm on Monday.

At a point, Okechukwu raised an alarm that his passenger has snatched his manhood with charm.

Just as the young lady was about to be lynched by an angry mob, RRS operatives came to her rescue.

The suspect and the victim were later taken to a police station in Festac where it was discovered that the supposed victim(Okechukwu) had recently reported a similar case of missing manhood at the station. 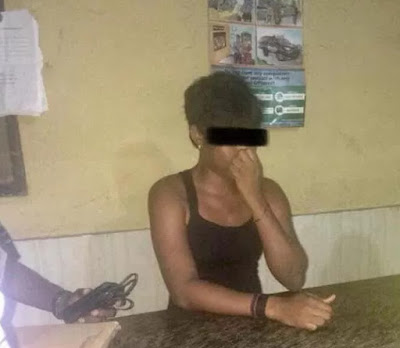 During investigation, he confessed to police that falsifying missing manhood to get free sex from his female passengers has become his habit.

Sources recalled that Okechukwu had once reported in the same station a  similar incident where he demanded he be put up with a commercial sex worker to test whether his manhood was still functioning.

He told police nothing was wrong with his manhood and that all  he wanted was free sex.

He was taken into custody at Base 44 Police station in Festac as the innocent lady was released after making statement.