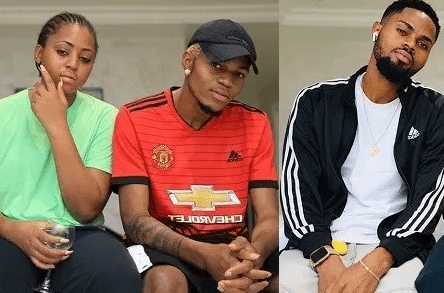 28-year-old Lawrence Daniels, who has landed multiple times, was apprehended with his brother, Samuel, popularly known as Sammy, in Jakande Lagos.

A trending Twitter campaign is currently calling for their release.

The two brothers were arrested last Friday, the 26th of July 2019.

The duo were reportedly in an Uber and the vehicle developed a fault around the Jakande area of Lekki. They got down so the Uber driver could repair his vehicle and, in the process, they allegedly noticed an incident going on between an injured Okada rider and some policemen who were bent on seizing his bike.

Lawrence and Sammy allegedly confronted the policemen and asked that they take the bike rider to the hospital rather than harass him. The officers allegedly took offence and arrested both brothers and the Uber driver and took them to the Jakande police station

They were allegedly tried immediately in a magistrate court sitting in Igbosere and were sent to Ikoyi prison where they have been since Friday.

The Uber driver was later set free but Lawrence and Sammy are still in custody.