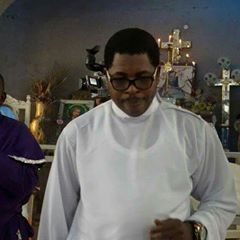 Last week, Olatosho Oshoffa declared himself as the new leader after a vision he said he received from God.

He made this known during a news conference in Lagos saying that the leadership of the church supported his move.

But at a new conference at the weekend in Ketu, Lagos, Southwest Nigeria, members of the Oshoffa family said the declaration of Olatosho as the new leader of the church is an act of rebellion.

Spokesperson of the Oshoffa dynasty, Senior Evangelist Ebenezer Oshoffa said the family did not support Olatosho’s leadership of the church.

“The family has always avoided public interference in the affairs of the church, the Celestial Church of Christ founded by our dear father but it has become imperative and as a matter of urgency for us to speak out as a family because of the recent twist in the leadership tussle of the church which unfortunately is personal to us because our son and brother Senior Evangelist Olatosho Oshoffa is involved,” he said.

Contrary to his family claims, Olatosho said God has anointed him to united the Celestial church family. He further said that the leadership crisis is the work of satan.