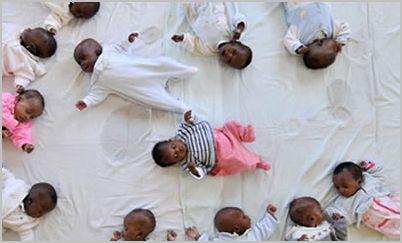 A traditional ruler identified as Chief uchenna from Imo State, a blind man Chief Osela, 78 from imo state, and a Reverend father from Anambra state were on Tuesday paraded among 20 suspected child thieves at the DSS headquarters in Uyo.

According to Duke, over 50 children had been declared missing in the past 8 months.

Duke said most of the children stolen were sold through Uchenna, who had in his earlier statement, allegedly admitted to losing count of the number of children he had facilitated their theft and sales.

Uchenna who later confessed said she had sold 12 children and that a woman introduced the business to him.