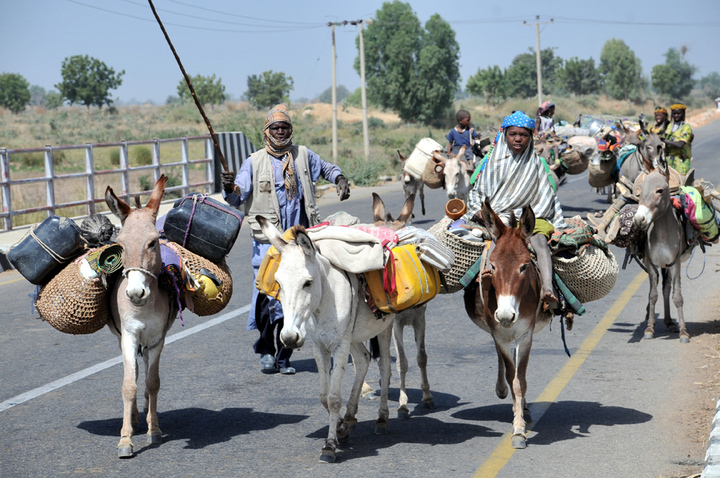 Dr Paul Orhji, the DG of NAFDAC has called on the Nigerian FG and the int’l communities to probe alleged use of chemical weapons by suspected Fulani herdsmen on Benue farmers.

While donating relief materials worth over N20 million to internally displaced persons in Makurdi, Orhji said that from what he saw, the chemical weapons were concealed inside expended shells of canisters.

“Chemical weapons have been used on our people and for the first time, I saw it yesterday. It was concealed in canister shells,” he said.

While expressing worry at the dimension the attacks on Benue farmers by suspected Fulani herders had assumed, the NAFDAC boss warned that the invasion, if not checked could be detrimental to the country as a whole.

The NAFDAC boss, who noted that the Fulani and the Tiv people had lived together for a very long time without problem, maintained that, “these are not the Fulani that we used to know, these ones are terrorists.”