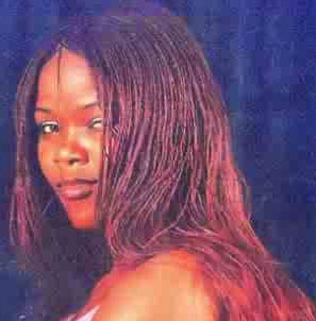 The mother of four was arraigned on Tuesday before Justice Raliatu Adebiyi of the State High Court following the report of Directorate of Public Prosecution, DPP.

The DPP report indicted Obiageli and directed her to face trial over the death of Ikechukwu.
Obiageli was remanded in prison custody at Kirikiri after she was charged before a Lagos Magistrates’ court and her file was sent to DPP for advice.

The outcome of the DPP advice indicted her for willful murder of Ikechukwu.
Obiageli allegedly stabbed the 37-year old medical doctor to death at their family house at 52, Ladega Street, Ajegunle in Apapa, Lagos State during an argument between them last year.

She was initially arrested by the police at Tolu Division after the incident and the matter was transferred to the State Criminal Investigation Department, SCID, Panti, Yaba, Lagos for further investigation.

Obiageli allegedly stabbed her brother in-law because she wanted him out of his father’s house. She is married to the doctor’s elder brother and they both lived in the said house with their wives and children.

She had been allegedly fighting him to leave the house with his family, because she claimed that the house belonged to her husband, since he was the first son of their father.
On the day the incident happened, Obiageli allegedly got a knife and stabbed Ikechukwu on the chest and he bled profusely and collapsed. He died before he was taken to a hospital

A member of the victim’s family, Chinedu Oriuwa, earlier alleged that it was not the first time Obiageli attempted to kill Ikechukwu.

He said she had asked the doctor and his family to move out of the family house several times.

Chinedu said though the matter was settled between them, Obiageli still continued to nurse animosity against everybody in the house, including their mother who has now travelled abroad.

When the matter came up on Tuesday, it was further adjourned till 8 July for trial.