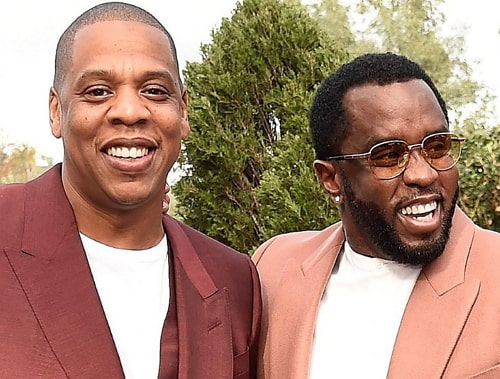 In this article, we are going to be showing you a comprehensive list of the richest male musicians in the world.

America is undoubtedly the home of entertainment, and it shouldn’t surprise you to know that the richest musicians and entertainers in the world are either of American origin or are based in the US.

Many of these artistes have decades or even half-century long experience, with myriads of awards and endorsements, as well as multi billion dollars worth of record / album sales. Furthermore, most of these singers have numerous investments, which have further boosted their respective wealth profiles.

In any case, herein is a list of the top 20 highest paid / richest musicians in the world.

Top 20 Richest And Highest Paid Musicians In The World

Sir McCartney’s musical career is the perfect example of a “long and illustrious career”. Born some 77 years ago, in 1942, Sir McCartney started singing at a teenage age of 15, in 1957.  And while he’s obviously less active today, he remains the richest musician alive.

The legendary singer, though a Brit by origin, made his name in the American music industry. And he stands out as one of the most respected songwriters in the industry, with several accolades and acknowledgments to that effect.

Today, Sir McCartney’s net worth has been valued at $1.2 billion.

Well, you have to give it to the oldies! Webber, 71, is also a British citizen, who made his name in the American music industry. He stands out as one of the greatest musicians and music composers alive.

With a long and illustrious career that has, so far, spanned over 5 decades, Webber has amassed significant wealth and laurels for himself. And with an estimated net worth of $1 billion, he’s comfortably the second richest musician alive.

With multibillion dollars worth of music earnings, business empire and inheritance, Jay Z is no doubt one of the richest musicians and personalities in the world.

The rap lord has a staggering 19 Grammies; record sales running into hundreds of millions; a booming clothing line; and a multimillion dollars music management company (ROC Nation). All these have earned Jay Z a “god-like” status in the industry. Also, the superstar reportedly has stakes in a number sports franchise, including an NBA team.

With respect to foregoing, credible estimates have put Jay Z’s net worth just below the “billion dollar” mark; around $950 million.

Another oldie! Hubert Alpert stands out as one of the most decorated, most celebrated and richest musicians alive.

With 9 Grammy awards and a staggering 14 platinum albums, in a career that has, thus far, spanned over 60 years, the octogenarian (at 84) has done pretty well for himself.

Today, he has an estimated net worth of $860 million.

Diddy, whose real name is Sean Combs, needs no introduction to music lovers. He’s been a prominent personality in the music industry for close to three decades now, having been around since the early 1990s.

The music superstar, who is also known as “Puff Daddy”, acquired most of his wealth as an entrepreneur, having set up a number of business lines, including a Perfume company, a clothing line and a media company among others.

Today, estimates have valued P. Diddy’s net worth at $800 million.

Dr. Dre is a household name in the music industry, with decades of experience under his belt. The rapper has been credited with the rise of prominent names in the industry, including iconic rappers like 50 Cent, Eminem and Snoop Dogg among others.

Dr. Dre’s wealth profile rose significantly in 2014, when tech giant – Apple – acquired his emerging earphone brand – Beats by Dre. The deal shot up the rapper’s already bloated wealth profile, and he stands out today as one of the richest musicians around.

Iconic singer and songwriter, Paul Hewson, who is better known as Bono, has made a name for himself in the music and business world. In his heyday, he was the lead singer of iconic music group – U2.

Bono’s net worth has been estimated in the region of $720 million.

Elton John, whose full name is Sir Elton John Hercules (CBE) is an English, born and raised in Pinner, London. He’s been active since 1962, when he was barely 15 years of age.

Elton John made his name as a vocalist, pianist and songwriter. And his iconic status was aptly validated by several awarding bodies, including Golden Globe, Grammy, Academy Award, Billboard and more.

The septuagenarian’s net worth has been valued around $500 million.

Estefan is an American singer of Cuban origin. The music star has been a household name in the music industry for over four decades (since the mid 1970s). And he has managed to rack up a staggering 19 Grammies, among other top music awards, within this period.

The Latino music star has made his mark in the music industry, and he’s still very much around; as one of the highest paid music stars in the world.

Emiliano Estefan’s net worth has been valued around $500 million.

Sir Michael Jagger, better known as Mick Jagger, is a prominent English vocalist, songwriter and movie producer. The legendary music star started singing in 1960, and he’s been able to maintain his iconic status since then.

Today, Jagger’s net worth is valued around $380 million.

Richard Starkey, better known as Ringo Starr, is another popular British music star, who stands out as one of the oldest and richest in the game.

At 78, Starr has accumulated numerous awards, including several Grammies. The legendary music star was inducted into the “Rock & Roll Hall of Fame” in the late 1980s. And almost 30 years down the line, he’s still one of the best around.

Ringo Starr’s net worth has been estimated at $350 million.

Keith Richards is a music icon, who is widely seen as one of the greatest Rock n Roll stars to have graced the music industry. He is the co-founder and lead guitarist of legendary music group – Rolling Stones.

The legendary music star, alongside his lifelong friend and partner – Mick Jagger – were (and are still) the brains behind Rolling Stones.

Keith Richards’ net worth has been estimated at $330 million.

Jon Bon Jovi, whose real name is John Bongiovi (Jnr), is a popular American singer, songwriter and actor, who made his name as the founder and lead singer of Rock band – Bon Jovi.

His music band has a record of 130+ million album sales across the globe. Also, Jon Bovi is a renowned philanthropist and a seasoned businessman. He is the founder and owner of Philadelphia Soul – a football team in the US.

According to recent estimates, the music star has an estimated net worth of $320 million.

The legendary Rock star, better know as Sting, made his name as the lead singer and principal songwriter of iconic rock band – The Police – between 1977 and 1984, before going solo. He is of British origin, but made his name in the American music scene, with a number Grammy awards (among others) to his name.

Sting’s net worth has been estimated in the region of $300 million.

Springsteen is a popular American singer and songwriter, better known as The Boss, and he is one of the richest musicians around. He is the lead singer of popular music band – E -Street Band.

The Boss, as the legendary music is fondly called, has been around since 1964, and he has an intimidating collection of awards, which include 20 Grammies, 2 Golden Globe awards and one Academy award among others. Also, he has a record of 135+ million album sales worldwide, making him one of the best-selling musicians of all time.

Springsteen’s net worth has been estimated at $300 million.

Ulrich is an American singer of Danish origin. He made his name as a musician, songwriter and actor. He co-founded the famous heavy metal band – Metallica.

Ulrich was inducted into the Rock n Roll Hall of Fame in 2009, alongside his Metallica colleagues.

Today, Ulrich has a net worth valued around $300 million.

Clapton is a legendary Rock guitarist, with a record three time induction into the Rock n Roll Hall of Fame. The English music star made his name as an electric guitar player, and he won several awards to that effect.

Today, Clapton is valued at $300 million, making him one of the richest music stars around.

Dave Grohl is an American singer, songwriter, drummer and guitarist. He is the founder and lead singer of popular Rock band – Foo Fighter.

Grohl’s illustrious career started in 1981, and today, he’s comfortably one of the richest musicians around, with an estimated net worth of $290 million.

Today, Water’s net worth has been estimated at $285 million.

Bieber is one of the most popular personalities today, and he stands out as the youngest musician on our rich list.

The Canadian superstar, 25, is one of the most sought-after music stars today, and he has myriads of investments and multimillion dollars endorsements to his name.

Bieber kickstarted his career at a teenage age of 14 years, in 2007. Since then, he has sold in excess of 150 million records. Also, he’s the first music star to reach 10 billion views on YouTube.

Today, with an estimated net worth of $270 million, Bieber is arguably the richest male entertainer under 30.

Father Sells His Own Baby For N150K In Ozubulu Anambra After Lying To Wife…..
14 Arrested Over Murder Of Ex Nigeria’s Air Chief Alex Badeh