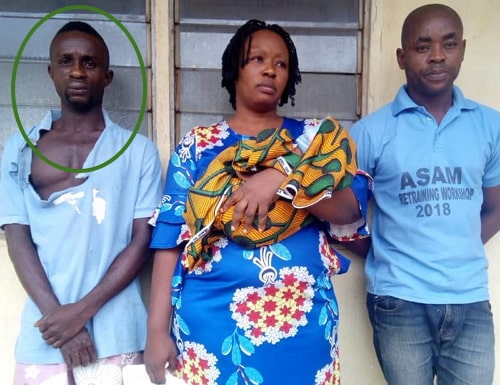 A young man has been arrested in Anambra state for allegedly selling his own baby boy.

The suspect, 27-year-old Chukwuma Enemuo reportedly sold the baby for N150,000 after lying to his wife that the baby died after delivery.

According to The Nation, the suspect conspired with one Obi Chidubem to sell the baby said to be the first issue of the parents.

The baby was reportedly sold to one Mrs Anulika Okafor, a native of Uruokwe village, Ozubulu.

The police spokesperson, Haruna Mohammed, who confirmed the incident, said the three suspects have been arrested while the baby has been recovered.

“The suspect lied to his wife one Mrs Oluchi Enemuo ‘f’ aged 20 years of Okwutu Amakwa by telling her that the baby is dead shortly after delivery.”

He said the case was under investigation after which suspects would be charged to court.