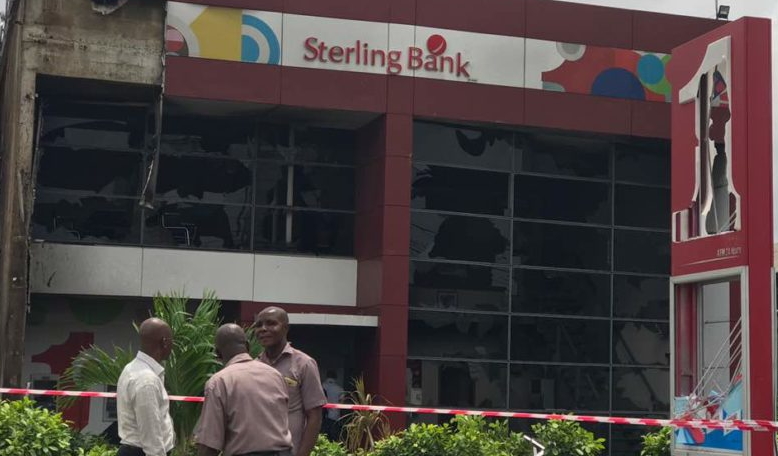 Some tanker drivers today went on rampage and set two commercial banks (Diamond & Sterling) ablaze while protesting the brutal murder of their colleague by a trigger happy mobile police attached to a branch of Sterling Bank on Creek Road in Apapa.

According to investigation, a policeman approached some tanker drivers to give way to customers of Sterling bank  but they refused. In a bid to scare the drivers away from the area, the unidentified Mopol fired two shots into the air but one of the bullets hit the deceased driver who died on the spot.

Immediately the mobile policeman saw the deceased on the ground, he ran into the premises of the Sterling bank to escape being lynched.

When colleagues of the deceased driver saw what had happened, they stormed the area and stabbed any policeman on sight before setting the aforementioned commercial bank on fire. They later moved to a nearby Diamond bank and set it ablaze.

Their attempt to burn down a tank farm in the area was resisted by the RRS this morning. 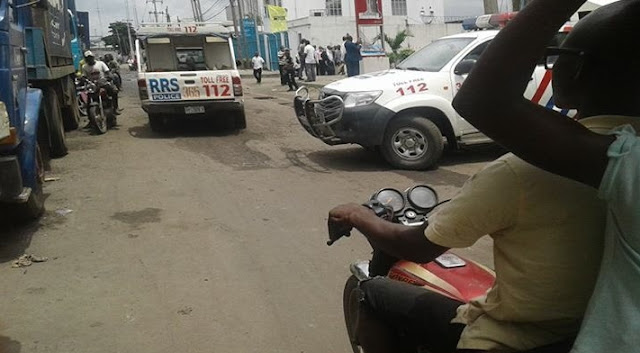 Here is what Sterling Bank said about the mishap: 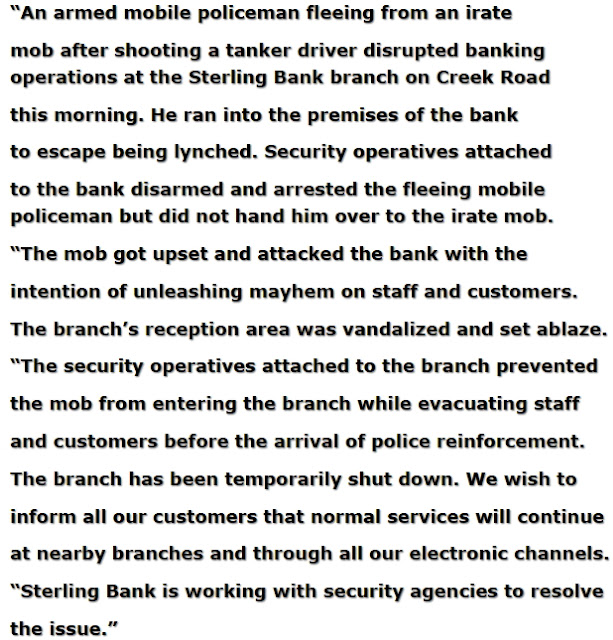 See more photos of the affected Sterling Bank below 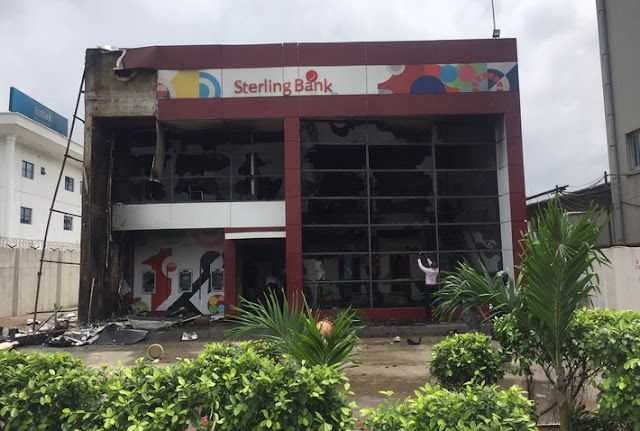 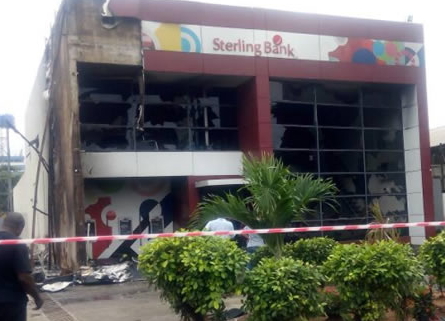 Continue Reading
You may also like...
Related Topics:apapa, lagos, riot