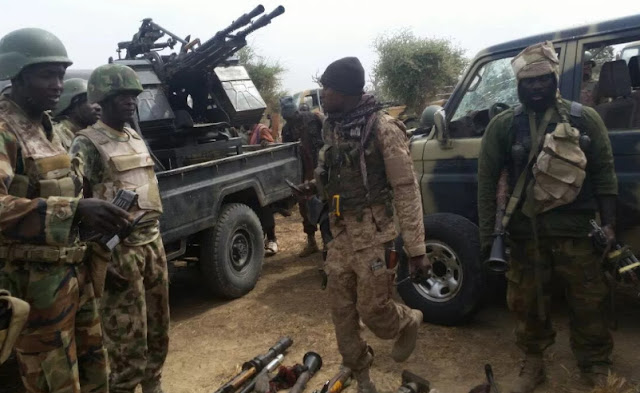 Not less than 6 powerful explosions rocked the city of Maiduguri between 10:45 and 11:00pm last night.

According to a security source, 4 of the explosives were detonated simultaneously while 2 other powerful explosions rocked the city fifteen minutes later.

The source said soldiers stationed in the area had to fire an artillery at a convoy of suspected Boko Haram terrorists who launched the deadly attacks.